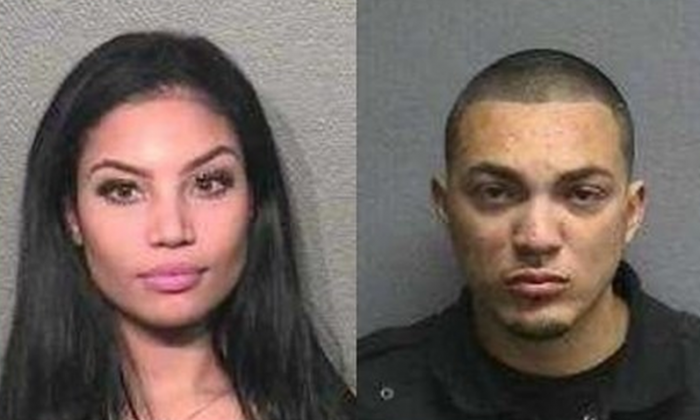 Woman Gets 5 Years in Prison for Firing Guns, Posting It on Snapchat

A woman was sentenced to five years in prison for firing guns in Houston before posting the video on Snapchat.

For the stunt, Tarbutton got five years in prison.

Sierra Tarbutton, 27, pleaded guilty to deadly conduct as well as criminal mischief before she was sentenced, Click2Houston reported. She provided “yes” and “no” answers to the judge’s questions.

She admitted to firing a semi-automatic weapon out of a car window as she and Cuellar drove down the road.

A judge granted Tarbutton her request to spend Christmas with her family. She doesn’t have to turn herself into officials until January 2, 2018, the report said.

A judge warned her that if she doesn’t come in, authorities will come looking for her.

“There were some abandoned buildings that were alleged to have been shot at, that’s what I’ve heard,” said her attorney during the time of her arrest, KHOU reported.

“I think deadly conduct is overblown.”

Cuellar was described as a local drug dealer and rapper, KHOU reported.

Tarbutton also allegedly threatened a public servant in the past.

Michael Anthony Cuéllar"Money Mike" y Sierra Tarbutton are in custody they're the people in the shooting video that went viral in Snapchat pic.twitter.com/N24Eca7n2s

Sierra Tarbutton, now convicted Snapchat shooter, plead guilty in court. She will serve 5 years behind bars. She has to turn herself in Jan 2nd. @KPRC2 pic.twitter.com/upjCORzqq5

A judge declined to set bond for 27 year old Sierra Tarbutton for now because she is still dealing with previous charges. #abc13 pic.twitter.com/UQg5oVgsm1