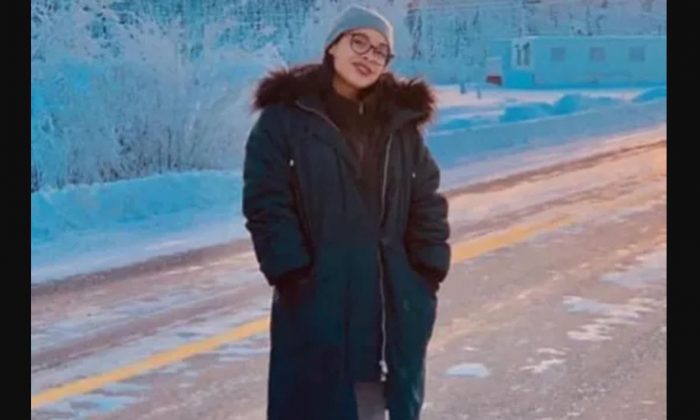 Woman Found in Suitcase Told Mother: ‘Someone Is Going to Murder Me’

A 24-year-old New York woman found stuffed inside a suitcase, with her hands and feet bound, predicted her own murder, according to her mother.

Valerie Reyes of New Rochelle was identified as the woman found inside the suitcase and left on the side of the road in Greenwich, Connecticut.

Her mother, Norma Sanchez, said that her daughter became paranoid and spoke to her about her fears on Jan. 28, the night before she vanished.

“She was very scared, very frightened,” Sanchez told the Rockland/Westchester Journal News. “She didn’t mention anything or no one specific. She just said, ‘I’m scared. I’m paranoid, mommy. I’m getting anxiety attacks.’ She was having a hard time talking.”

According to the New York Police Department, Reyes suffered from depression and anxiety.

Sanchez said that she tried to pinpoint the source of her daughter’s anxiety but failed. “I asked about her ex-boyfriend. And she said, ‘No,’” Sanchez said. Reyes and her ex broke up on Jan. 24.

Reyes did tell her mother what turned out to be true: “’I’m afraid someone is going to murder me.”

After she vanished, her family hired a private investigator to look for her. The investigator found surveillance footage that showed Reyes at an ATM in the Manhattan at 2 a.m. on Jan. 30. Sanchez said the family isn’t sure why she traveled to the city and it wasn’t clear if she was with anyone.

A friend and neighbor of Reyes, Brenda DiGiacomo, told the Greenwich Time that she’s hoping police can find whoever murdered the woman.

“Every morning we would have a conversation. If she didn’t see my son for a couple of days she would ask how he was, ‘Is he OK?’” DiGiacomo said, noting they shared an interest in tattoos. “She was a sweetheart.”

Like Reyes’s family, DiGiacomo held out hope that Reyes would be found even when she was missing for nearly a week. But on Feb. 5, the hope was shattered.

Valerie Reyes lived in the basement of this rental property in #NewRochelle her neighbor tells me. pic.twitter.com/7Vu4mRkMed

Officials confirmed the identity of the body on Feb. 7, saying the family had been notified the night before.

“They are obviously devastated by the loss of Valerie and our heartfelt condolences go out to them,” the Greenwich Police Department said in a statement obtained by the Rockland/Westchester Journal News.

A town highway worker saw the suitcase about 15 feet off the road on Tuesday morning and told the police. Police believe Reyes did not die at that location and her cause of death has not been released.

“Many pieces of possible physical evidence were collected and results from forensic analysis are pending,” police said.

After the discovery, police officials said that the case was a murder case.

“There was no doubt homicide was involved,” Greenwich Police Capt. Robert Berry said at a press conference, according to the Greenwich Time. “We do not know the manner or cause of death at this time.”