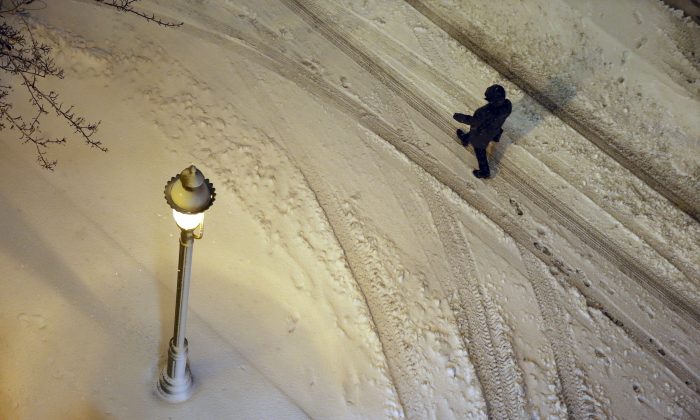 A man walks in car tracks during a snowstorm early Saturday, Jan. 23, 2016, in Atlantic City. (AP Photo/Mel Evans)
US

A 64-year-old woman was discovered dead, buried under almost 2 feet of snow after the huge blizzard in New Jersey.

A group of middle school students found the body of Mahwah, New Jersey resident Mary Wall in her yard, in front of her car, on Monday afternoon. She was found with a shovel in her hands.

Thirteen-year-old Amanda Sands said she and her friends first noticed a coat in the snow, before finding the body.

“Her jacket was white, I remember… and my neighbor moved snow over, and it was her hand,” she told NBC.

She quickly went to get her mother.

Neighbor Michael Beman, whose daughter was among the group of teens who found Wall, said the woman lived in her home for years.

Beman said his daughter was “obviously a little bit shaken, as is the rest of the block.”

He added: “That’s not something that you obviously want to come across, especially so close to home.”

The discovery comes after a number of deaths due to the blizzard, including a pregnant woman who died after shoveling snow in Pennsylvania, and an elderly woman who was found dead in her car in New Jersey.