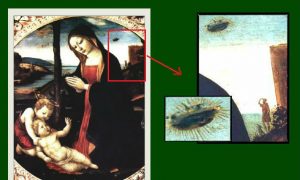 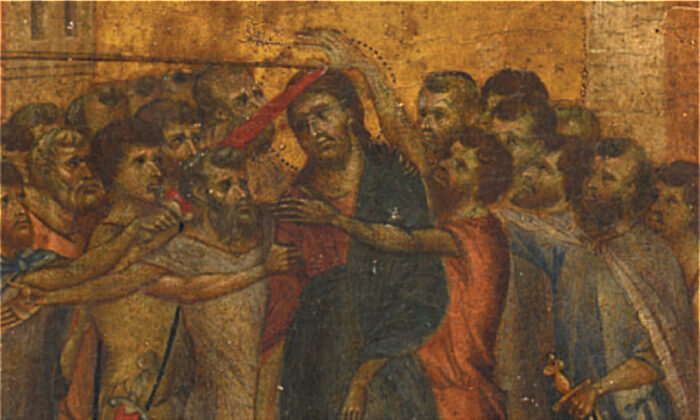 Woman Finds Renaissance Masterpiece Worth $6.5 Million in Her Kitchen

A woman in Paris has discovered a masterpiece painting in her kitchen from the Renaissance period done by great 13th-century Florentine artist Cenni di Pepo, also known as Cimabue.

The painting “the Mocking of Christ” will be auctioned in Senlis on Oct. 27 and is expected to fetch $4.4 million to $6.5 million, according to the Eric Turquin Expertise, a firm specializing in Old Master paintings and known for many discoveries.

“The finding of this work is a major discovery for the history of western art,” said the firm in a press release mailed to The Epoch Times.

The painting is owned by an elderly woman in the French town of Compiègne. She was unaware of its actual value and it was hanging on a wall between her kitchen and sitting room, directly over a hotplate for cooking food, said a spokesperson of the firm.

The owner of the painting took it to local auctioneers and till then she thought it was an old religious icon.

The painting is a part of the large diptych painted in 1280 by Cimabue and is one of the eight scenes depicting Christ’s passion and crucifixion, according to the statement. Only three, including this discovery, are known to exist in the world.

One of the elements out of the eight—The Virgin and Child with Two Angels, is displayed in the National Gallery in London. Another, The Flagellation of Christ is at the Frick Collection in New York.

“Traces of the original framing, the small round dots made with the same sort of stamp, the style, the gold ornamentation, the corresponding of the backs of each of the panels and their similar condition confirm that these panels made up the left side of the same diptych,” said the statement.

The firm specializing in old master paintings said that the painting is in excellent condition despite the heavy dirt deposited on it and the images also showed an underlying drawing.

Turquin said the painting is very rare because Cimabue is a major Italian painter and pre-Renaissance artist but only a small body of his work is known to exist today.

“Only ten pictures are known today by Cimabue (excluding the Assisi frescoes) all of them are in churches in Italy or in major museums,” Turquin told The Epoch Times.

According to the National Gallery, London Cimabue was first recorded in Rome in 1272 and is referred to as “Florentine painter.”

“Historians are in agreement in recognizing a dozen of works on panel as being unequivocally by his hand although none of them are signed,” said the statement.

Most of Cimabue’s work was done for churches in Pisa, Florence, Bologne, Arezzo.

“Devotional panels, of which our panel is one, were small in scale and easy to transport and were intended for private contemplation by religious congregations or individuals in their chapels or private oratories,” said the statement.

The National Gallery, London said on its website that Cimabue’s works depict an important “moment in the history of art when Italian painters, while still influenced by Byzantine painting, were exploring the naturalistic depiction of forms and three-dimensional space.”

“Known in Tuscany from 1272 until 1302 he is the creator of European painting, starting from the oriental tradition of Greek icons where he introduced humanity. He was the master of Giotto. Very much influenced by the predication of Francesco of Assisi (Saint Francis), he has transformed the hieratic Byzantine message into a humanist, sensitive expression.

“This is what gives its beauty to our little panel: the opposition between the agitation and nervousness of the crowd from where surges the very noble figure of Christ with the sadness in his look and the marvelous expression of abandonment in his falling arms,” he said.

Turquin explained that the auction on Oct. 27 is a major event because Cimabue has never been on the open market.