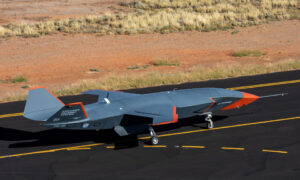 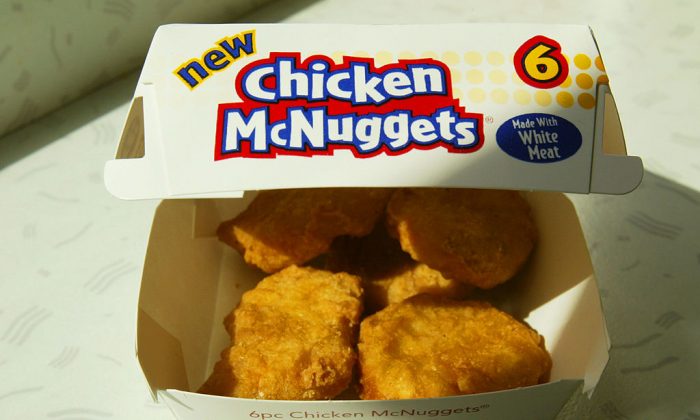 A mother claims she ate maggots after discovering them wiggling on the McDonald’s Chicken McNuggets she bought to eat with her toddler.

The woman, who was not named, told Australia’s told 9NEWS that she’d already consumed five. When she was about to eat the sixth, she looked at the piece of processed poultry in her hand and saw something moving.

“I was doing my computer work at the same time and I was holding one in my hand and I thought ‘hold up, there’s something moving on that’,” she said. The news agency posted a video of the nugget and maggots in question.

She’d bought the McNuggets at the Salamander Bay locale in New South Wales, Australia, on July 14. When she contacted the restaurant about the nuggets she found their response unappetizing.

“I rang the store straight away and she said ‘just bring them back and we’ll give you some fresh ones’, but I told her I didn’t feel like eating any more nuggets after that,” she said.

An inspection of the McDonald’s location by the health department didn’t turn up anything out of the ordinary. She then submitted a complaint to the McDonald’s head office. She received an apology on July 21, which also pointed out that her complaint was the only one received even though the restaurant was busy with thousands of transactions that week.

In a statement given to 9NEWS, McDonald’s said that it was “impossible” for the incident to have occurred.

“With our cooking processes and procedures, it is impossible for this to have occurred in our restaurant. Council visited the restaurant and no issues were identified,” the statement read.

“I fed my child maggots and I ate maggots myself and personally I don’t have the money to fight it, and I have to cop it sweet,” the mother said. “I’m just annoyed they could have easily just sent a gift card and said ‘I’m very sorry.'”

The news outlet also reported being given the same response to an inquiry about maggots found in a burger that was posted to the site just a few hours earlier.

Another woman had found maggots squirming around on a McDonald’s burger she purchased for her child after they visited the restaurant on Aug. 10, in Queensland, Australia.

“I’ve kept and frozen the product also have the receipt along with a photo and video. I will be taking this as far as I can,” the woman wrote in a social media post, as reported by 9news.com.au.