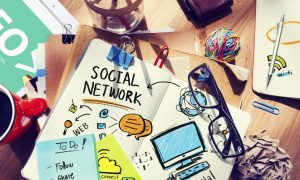 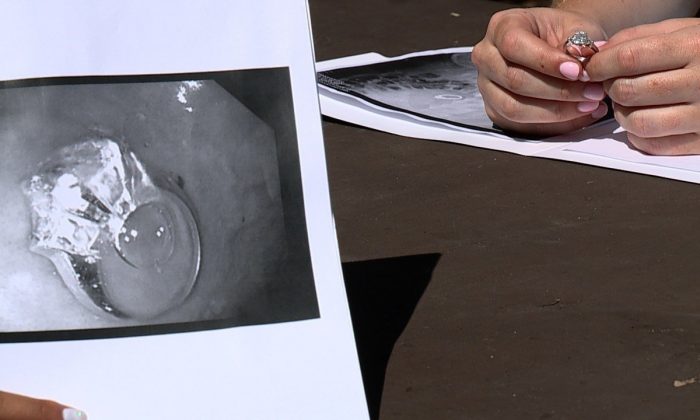 A dream became reality for a San Diego woman, but not in a good way. Jenna Evans says she swallowed her engagement ring in her sleep. (KGTV via CNN)
US News

Woman Eats Engagement Ring After Having a Dream About It

A California woman said she ate her own engagement ring and was forced to undergo surgery to get it back.

Jenna Evans was deep asleep earlier this week and dreamt that she and fiance Bobby were on a train with “bad guys,” KGTV reported. She said that in the fight, Bobby told her to eat her own engagement ring to protect it from the robbers.

When she woke up, Evans said the ring was gone.

However, she knew that she had consumed the piece of jewelry.

“When I woke up and it was not on my hand, I knew exactly where it was,” Evans said. “It was in my stomach.”

The pair went to a hospital’s urgent care room. When doctors performed an X-ray, they discovered the ring. Photos showed it in the mid-section of her stomach.

However, the ring began to cause her pain inside her stomach. She then opted to get an upper endoscopy to remove it.

“At this point, I could definitely feel it in my guts, it was starting to really hurt and make us nervous,” Jenna wrote in a Facebook post, reported MSN.com. She added that “(the doctors said) don’t worry its not [a] big deal, but please sign this release form just in case you die. Then I cried a lot because I would be SO MAD if I died.”

The procedure was a little rocky, Jenna said. “Apparently I don’t do great with anesthesia because I came out of it hysterically crying and was totally inconsolable,” she added.

But the surgery was ultimately successful, and doctors were able to remove the ring from her stomach, the station reported.

“I was really happy because I don’t know if I can look at it and appreciate it in the same way, if I had to search for it,” she told KGTV.

“I feel very grateful that I got it back, and that this is a happy and funny story,” Evans said.

Evans and her fiance are still slated to tie the knot in her home state of Texas in May 2020.

Evans told the news outlet that she takes the ring off now before she goes to sleep.