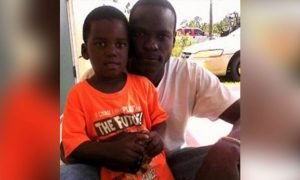 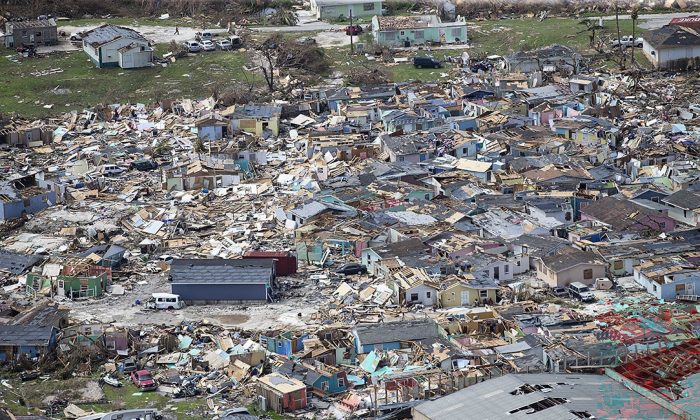 A woman from South Florida recalled the moment she discovered at least five of her family members in the Bahamas were killed by Hurricane Dorian, as the death toll rose to at least 44 this week.

In an interview with ABC 10, Miramar restaurant owner Julie Edwards said she received the devastating news through a WhatsApp message from her cousin in the region.

“Of 11 family members that I learned this morning were missing, five of them have been found dead already up on the eastern end of the island. It’s an unbelievable tragedy,” she told the outlet.

Edwards spoke of her disbelief upon discovering that some of her first and second cousins were killed in the Category 5 hurricane that battered the Bahamas a week ago. The storm caused devastation in its path, with wind speeds of up to 185 mph (295 kph).

The Abaco Islands in the Bahamas suffered major destruction in the wake of #HurricaneDorian. Footage taken from the air shows vast swathes of destruction and Red Cross teams on the ground witnessed absolute devastation. pic.twitter.com/CPKzcgX6ci

“It knocked the wind out of you. You don’t know how you will make it through the day. It is so unreal. Unreal to think that could have happened.”

Edwards believes several of her family members, who lived in McLean’s Town cay, attempted to flee their home by boat when it began to fill with water.

“I understand they got into their boat because they thought the boat was safer, but the boat capsized. They just perished,” she said.

Edwards, who runs a Caribbean restaurant named Conch Krawl, said she later learned her sister-in-law lost her life during the storm. Meanwhile, she still doesn’t know where her nephew is, and he is currently presumed dead in High Rock, reported ABC 10.

“It is nerve-wracking to be here,” she added. “It is hard to work because you can’t concentrate.”

Health Minister Duane Sands said on Sept. 8 the death toll had risen by one to 44. Dorian was blamed for five deaths in the U.S. Southeast and one in Puerto Rico.

#HurricaneDorian evacuees from the Bahamas have arrived to Red Cross shelters in Palm Beach, and we’re doing everything we can to provide comfort and support. pic.twitter.com/E5BwUJAKaX

Hurricane-force winds lashed at far-eastern Canada over the weekend, knocking out power to hundreds of thousands of people before weakening and heading into the North Atlantic.

Dorian had hit near the city of Halifax on the afternoon of Sept. 7, ripping roofs off apartment buildings, toppling a huge construction crane, and uprooting trees.

The U.S. National Hurricane Center said the post-tropical cyclone was centered about 375 miles (600 kilometers) north of Cape Race, Newfoundland, late Sept. 8. Its top sustained winds continued at 60 mph (95 kph), after being above the 74 mph threshold of hurricane force earlier in the day. It was heading to the east-northeast, roughly up the St. Lawrence River, at 24 mph (39 kph).

#USCGDorian response operations in the Bahamas as of 9 a.m. Sunday:

The storm swept over northwestern Newfoundland and southeastern Labrador during the afternoon and moved out over the cold waters of the Labrador Sea during the night.

Nova Scotia officials asked people in the province to stay off the roads so crews could safety remove trees and debris and restore power.

The government said up to 700 Canadian troops would be fanning out across the Maritimes to help restore electricity, clear roadways, and evacuate residents in flooded areas.