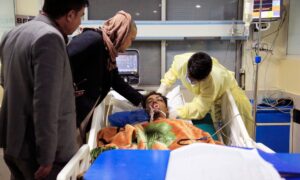 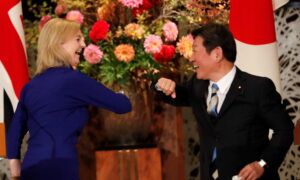 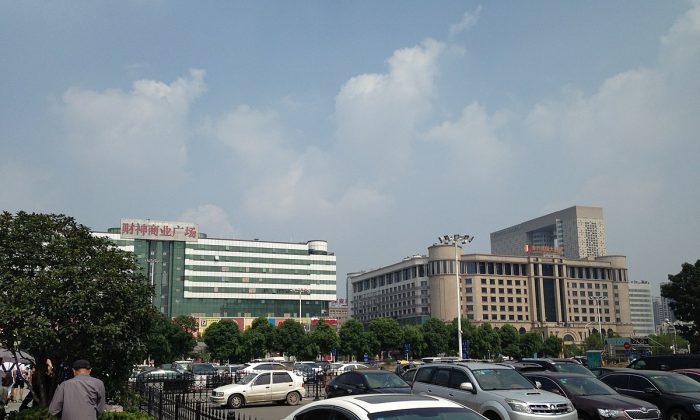 Woman Dies After Getting Neck Stuck in Fence in China

A young woman died after getting her neck stuck in a pedestrian fence following a fall in Hubei Province, China.

According to local reports, an unnamed woman in her 20s accidentally fell into a fence on the side of a road and trapped her neck between the metal bars, causing her to suffocate to death. She was pronounced dead at the scene 16 minutes later when paramedics arrived.

In images circulated online, the woman, wearing a white jacket and black cap, can be seen with her neck wedged between two U-shaped fence sections.

The Daily Mail, citing a local paper, said that the young woman tripped on her luggage after getting off a bus in the city of Wuhan.

The woman’s body was later removed after police cut off a section of the fence.

The U-shaped fence was a standardized road barrier commonly used across China, reported the Daily Mail. Local outlets said that the space between each fence section was about 2.3 to 2.8 inches wide (6 to 7 centimeters), which created a suffocation risk as most adult’s necks are just wider than this.

According to the Daily Mail, doctors from the No.1 Affiliated Hospital of Xi’an Jiatong University told reporters that the fall could damage arteries that supplied blood to the brain. If the brain is deprived of blood for over five minutes, a person could die.

This is reportedly not the first time a person has died in these circumstances.

In March 2016, a pregnant woman collapsed onto a similar U-shaped fence and died after getting her neck stuck in Shanxi province.

In 2015, a 60-year-old man who got his head stuck in a fence in Beijing also suffered the same fate.

Many online users in China questioned why the government had not rectified the design flaw in the fence, given that this was not an isolated incident.

One user said: “This proves there is a design flaw. The government should recall and redesign the fence. This is not the first time this has happened.”