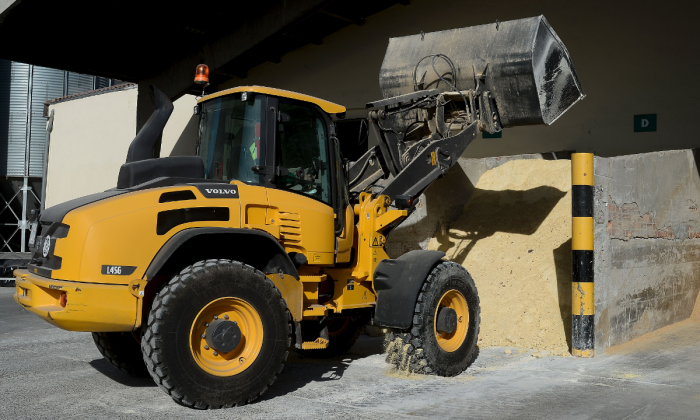 Woman Dies After Being Scooped Into Dump Truck, Then Dropped Into Rock Crusher

A woman was scooped into the shovel of a dump truck, covered by sand, then poured into a gravel crusher, according to footage from a security video. Local authorities in Yidu City, Hubei Province, said the woman passed away from suffocating on Feb. 24, at around 9 a.m.

All information about the report was removed from mainland Chinese websites.

A report indicated that the driver was using his cellphone while operating the front loader, according to Hong-Kong based news HK01.com. The woman also happened to be standing in a blind spot of the truck.

The report said that the woman was guiding a blue truck that was delivering sand at a pottery factory. As the blue truck backs into place, the front-loader starts up behind her.

As the front-loader drives forward, the woman is knocked into the large shovel. The loader then moves forward and scoops a large pile of sand into its shovel, covering the woman.

The loader backs up, and raises the shovel into the air, pouring the sand into a gravel crusher, according to reports.

After the sand is emptied, the truck backs away. In the security video, the woman can be seen scrambling through the sand.

The truck then stops abruptly, and the driver leaps out. He’s seen jumping as he runs off screen, and other workers immediately start running over.

He can be seen pointing to the machine. He runs off the screen with the other worker, before the footage ends.

The local security department of Yidu City confirmed on Feb. 24 that the woman suffocated to death. The case is being investigated.

China has experienced many work-related accidents in the past years, especially related to mining.

An accident in a silver mine on Feb. 23 was caused by a second hand bus that was bought online to transport workers. 21 were killed in the accident.

An explosion in a coal mine on May 2018 killed two workers, one of the most recent reported accidental explosions.