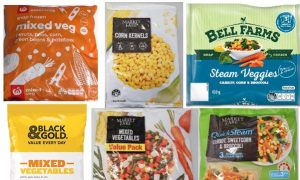 Woman Dies After Being Found Frozen to Ground in Hospital Parking Garage: Officials

Officials in Milwaukee County, Wisconsin, said they are investigating the death of a woman who was found frozen to the ground in a parking lot near Froedtert Memorial Hospital.

According to WISN, the sheriff’s office and the medical examiner’s office are looking into the woman’s death.

Deputies responded at around 3:43 a.m. on Jan. 25, amid reports of a woman trapped beneath a vehicle.

A death investigation is underway after a woman was found trapped and frozen under a vehicle in a parking structure at Froedtert Hospital. https://t.co/GQEjzp1O2y

When they arrived at the West Parking Structure of Froedtert Memorial Hospital, they found a car that had crashed into a wall, but no one inside.

A woman was found bleeding from the head under the car. The Wauwatosa Fire Department was called to help free the woman, who was not identified in media reports.

She was unconscious with a weak pulse, said paramedics.

The Journal-Sentinel reported that “she was thawed” before paramedics transported her.

The woman was removed from beneath the vehicle and was transported to Froedtert’s trauma center, but she was later pronounced dead at 4:21, stated Faithe Colas, director of public affairs with the Milwaukee County Sheriff Office.

An investigation into her death is underway.

On Dec. 28, a man was found dead on the Milwaukee County Grounds near a lagoon close to Froedtert hospital. His cause of death wasn’t revealed, the Journal-Sentinel reported.

Other details about the woman’s case were not released.

The Mystery of Minnesota Woman Who Was Frozen Stiff for Hours

In 1980, a Minnesota 19-year-old named Jean Hilliard was literally frozen stiff for several hours in subzero temperatures. No, it isn’t a hoax. Hilliard collapsed on a 22-below-zero night as she was trying to seek shelter after a car accident.

Snopes, the hoax-debunking website, rated the story of Hilliard as “true.” And according to the Montreal Gazette in one of the first reports published at the time: “She breathed shallowly two or three times a minute and her heart beat faintly eight times a minute. Dr. George Sather said that ‘I thought she was dead, but then we picked up an extremely faint whimper. We knew there was a person existing then.'”

“There was no evidence of a pulse or blood pressure,” Sather’s brother, Dr. Edgar Sather, told the paper at the time. “Her body was too frozen to find a vein to get a pulse.”

”I can’t explain why she’s alive,” said Dr. Sather, who helped treat the woman. “She was frozen stiff, literally. It’s a miracle.”

Sather added: ”The reaction didn’t appear until two or three hours after she started thawing out. The body was cold, completely solid, just like a piece of meat out of a deep freeze.” Many of the stories about her recovery say that electric heating pads and oxygen tanks were responsible.