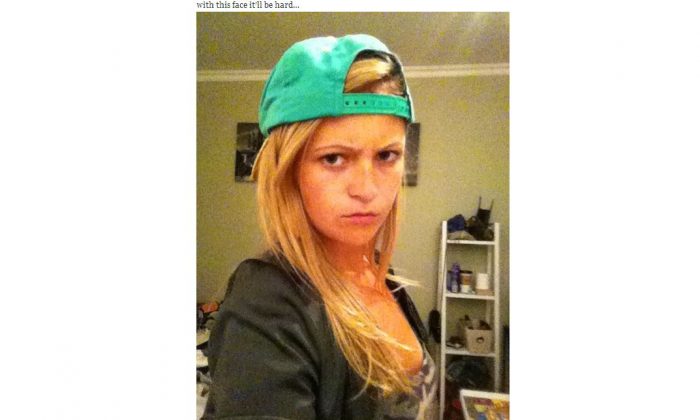 A screenshot of her Tumblr.
Social Media

A woman is going on dates at top restaurants so she can eat for free, she says. Erin Wotherspoon, 23, has chronicled her dates and has a list of 48 Toronto restaurants that she wants to eat.

“I’ve got a pretty face and a pretty extensive Urban Spoon wishlist. We all know that getting what you want in life can be tough. Which is why I’ve decided to let someone else finance my dreams. My dream? To eat in pretty restaurants without costing me a penny,” she said on her Tumblr account.

The posts small accounts of her dates, including at a Chinese buffet where she wore sweat pants and at sushi.

Another post details her attempts to pretend to be Jewish to impress her date.

And she also talks about creating fake accounts on dating website OKCupid.com.

“Meet Metildaasaurus aka Metilda (yes I’ve learned and am now using a fake name) Here is brief glimpse of my new HOT profile on OKCUPID,” she writes. “My self-Summary: I am an organization fanatic. Don’t go a day without my day planner. Always on the go! I love my job, I’m always working away! Being a full-time cop isn’t easy. Ball busting 101 is my class of choice. Don’t let the pretty face fool you. I also love Poerty. What am I doing with my life? Eat. Sleep. Be a cop.”

Recently, Wotherspoon was outed on Reddit, according to Toronto Life. One Redditor described her as a “manipulative sociopath,” according to Eater.com.

But some commenters, including one on Toronto Life, said that publicity for Wotherspoon might be a good thing. “Don’t you guys get it? They are outing her for the public to see,” one reads.

It continues: “I just can’t wait for a guy to take her to a super expensive resto and then dine and dash on her leaving her to pick up the bill which she can’t afford.”

“So now that I’m internet famous, do you think I can swindle some better looking richer guys to take me out? I hope so because ugh dating is a lot of work and sometimes this happens….that moment when you find out your date wants to talk & get to know you before they consent to dinner,” she wrote afterwards.

She also gave an interview with local radio station AM640.

“I’m an actress and I’m an entertainer. So yes what I’m doing, it’s not particularly nice, but not all art or people expressing themselves, it’s not all going to be nice. At the end of the day I just want to entertain people. And I think even if you hate my blog you’ll still read it, so ha ha,” she said.