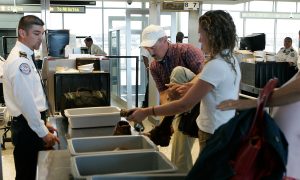 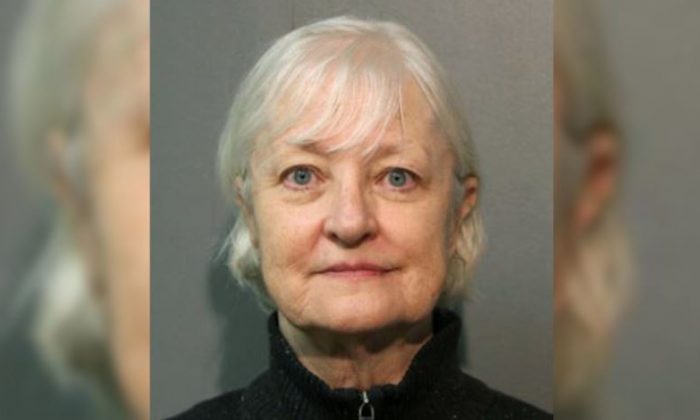 A Chicago judge says she’s happy to hear that a woman dubbed a serial stowaway for repeatedly sneaking onto commercial flights is “doing so well” at the facility where she’s being housed while awaiting trial.

The Chicago Sun-Times reports that Cook County Judge Peggy Chiampas made the comments during a status hearing Tuesday for Marilyn Hartman. While awaiting trial on felony trespass and burglary charges, Hartman must wear a GPS tracker and must stay away from airports, train stations and bus stations.

Hartman has sneaked onto planes half-a-dozen times and has been caught inside and near airports dozens more. She was arrested last year after sneaking onto a flight from Chicago to London.

How She Did It

The 66-year-old somehow managed to bypass security at Chicago’s O’Hare International Airport and boarded a plane that flew her to London, according to a Chicago Police Department news release. Police revealed that the woman got through airport security without a ticket, boarding pass or passport and then flew to London’s Heathrow Airport.

She landed on Monday, Jan. 15, before being detained by British Customs officials and sent back to Chicago on Thursday, Jan. 18.

CBS news reported that Chicago Police spokesman Anthony Guglielmi said Hartman managed to make her way through a federal Transportation Security Administration checkpoint at a domestic terminal without a ticket. She then took a shuttle to the international terminal and a day later she boarded the London-bound British Airways flight.

According to CBS sources, CCTV cameras captured Hartman, of Hamelitz Court in Grayslake, U.S., as she wandered around the airport for two days without being confronted by security.

Hartman apparently hid in a bathroom on board the flight, before finding an empty seat.

Officials discovered what had happened when the woman was unable to produce a passport at Heathrow Airport. She was then sent back to O’Hare and arrested by US law enforcement officials.

Police say the woman will be charged with felony theft and a misdemeanor count of criminal trespass, and is expected to make a court appearance on Saturday, Jan. 20.

The Transportation Security Administration has launched an investigation into how Hartman was able to slip by security, a spokesman said in a statement Friday, according to the Tribune.

“This matter is subject to an ongoing investigation and TSA is working closely with our law enforcement and airline partners in that effort,” the statement read. “During the initial investigation it was determined that the passenger was screened at the security checkpoint before boarding a flight. Upon learning of the incident TSA, and its aviation partners took immediate action to review security practices throughout the airport.”

Hartman has a history of arrests for trying to bypass security and sneak onto airplanes.

Her first infraction ended with probation, followed by 364 days in jail. It was reported she tried to board a plane without a ticket in July 2015 just hours after leaving prison.

According to court records, CBS reported, prosecutors have described Hartman as a “serial stowaway.” She also reportedly told news outlet NBC5 in December 2015 that she “may have” snuck onto planes eight times.

According to CBS, Hartman has said that she likes being at airports because they make her feel safe.

She is said to be homeless.