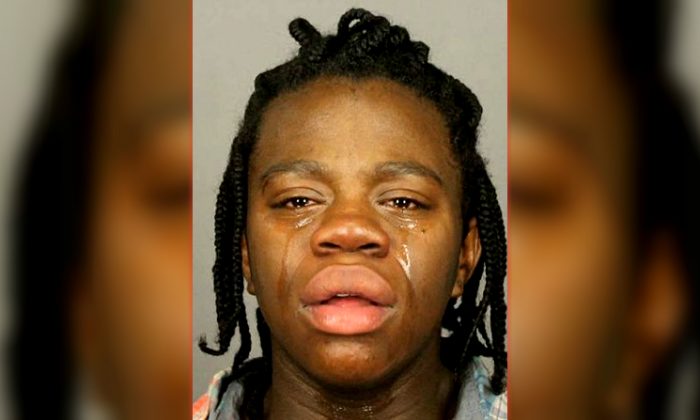 A New York woman admitted to drowning her 10-day old infant in a bathtub, according to Rochester Police Chief Michael Ciminelli.

Markiya Mitchell, 25, left her boy in 8 inches-10 inches of water for 1-2 hours, court documents stated. The child, Jeremiah Mitchell, was discovered by another adult, who then called 911.

Officers arrived at the house at 31 Locust St. in Rochester at 2:30 p.m. on Monday, Nov. 13,  and found the infant unresponsive. Jeremiah was rushed to Rochester General Hospital and pronounced dead.

Officers took Mitchell into custody and interviewed her at the Public Safety Building. There, she “admitted to intentionally drowning the baby in the bathtub with the purpose of ending his life,” Ciminelli said in a news release.

Police charged Mitchell with second-degree murder in connection with the drowning. Mitchell pleaded not guilty to the charge during a court hearing on Tuesday morning. She was then sent back to Monroe County Jail without bail.

Mitchell also has a 7-year-old child who is in the care of another family member. The child was not present at the Locust Street home at the time of the drowning.

Mitchell has a criminal record, although police did not disclose details.

Police did not identify the other adult but said the individual was cooperating with the investigation.

Assistant District Attorney Amanda Balling said that she could not discuss the details of the case because the investigation is still ongoing. The case will be brought before a grand jury, she added.

Mitchell appeared dazed and sluggish at the court hearing, according to the Democrat and Chronicle reporter Victoria Freile.

There are safe ways to give up unwanted infants in New York. A law passed in 2000 lets anyone anonymously surrender an infant to a hospital or staffed fire or police stations with no questions asked.

The Abandoned Infant Protection Act protects the parent from prosecution when they surrender an infant. Addresses and safe locations to deliver unwanted babies can be obtained by calling 1-866-505-7233

For parents who don’t want to give up their infants permanently, but simply desperately need help in caring for the child, there is the Crisis Nursery. The nursery provides care 24 hours a day. The location can be obtained by calling Crisis Nursery Emergency at (585) 235-5750.

Parents use the Crisis Nursery for a number of reasons, including domestic violence and health and work issues. The staff is trained to take care of tiny babies and there are 50 volunteers who help.

“We all need help once in a while,” Executive Director Elaine Spaull said. “Call us. We will come help you. You are not alone.”

Spaull said parents should not be ashamed to seek care for their children in a time of crisis. The Crisis Nursery has a Ford Focus with child seats in the back and is always willing to pick up children.

The Crisis Nursery is always seeking donations, including toilet paper, paper towels, formula, diapers, sponges, and other items needed in a house full of babies.