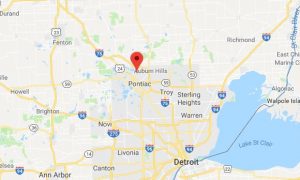 Authorities in the UK said a woman faces charges after a 3-year-old girl was found alone and wandering the streets of Newquay in the middle of the night.

East Cornwall Police Commander Ian Drummond-Smith said in a tweet on Sunday, Aug. 25, that the 3-year-old child had been “found in the street” at 3:30 a.m. and that the child’s parents were “not at home.”

Drummond-Smith added that an investigation of the parents regarding possible child neglect has been initiated.

1 3yr old child found in the street at 0330, parents not at home, child neglect investigation commenced.

Cornwall Live later cited Drummond-Smith as saying that a woman—not identified by name nor relationship to the child—has been arrested.

“A 40-year-old female from Newquay has been arrested on suspicion of child neglect,” the superintendent told the publication.

British authorities say the law does not specify a minimum age where it is illegal to leave a child unsupervised, noting only that “it’s an offence to leave a child alone if it places them at risk.”

“Use your judgement on how mature your child is before you decide to leave them alone,” authorities advise.

The National Society for the Prevention of Cruelty to Children (NSPCC) urges parents never to leave their little ones unattended.

“There might not be a specific legal age to leave children alone but it’s safe to say babies, toddlers and young children should never be left alone, even if it’s just while you pop down the road,” the NSPCC states. “Even if they’re sleeping peacefully when you leave they could well wake up and get very upset when you’re not there to look after them.”

“A child should never be left at home alone if they do not feel comfortable with this,” the NSPCC says, “regardless of their age.”

In an earlier incident, a bus driver was recorded on surveillance cameras rescuing a young barefoot child who was wandering on a freeway overpass.

The Milwaukee County Transit System said that Irena Ivic, a driver for the transit system, was driving a bus when she spotted “something shocking” in front of the vehicle.

“A lost baby was wandering alone on a freeway overpass near 4th and Mitchell in Milwaukee. The child, who was less than one-year-old, was barefoot and wearing just a onesie and diaper,” the transit system stated.

“Irena stopped her bus, ran across the busy street, picked up the crying child, and carried the little one to safety. As Irena called for help, a passenger gave up her coat to help keep the baby warm. The child was cold to the touch after spending time outside in the freezing temperatures.”

Our @RideMCTS drivers do so much more than drive a bus. They're eyes and ears in our community, and many times they provide helping hands. Kudos to my new friend Irena Ivic for not hesitating to help a lost baby she found walking alone on a freeway overpass. #MCTSExcellence pic.twitter.com/L5WL0DWNaL

A short time later, firefighters and other emergency personnel arrived on the scene.

An investigation revealed that the baby’s mother left the child outside. Police officers said the mother may have been suffering from a mental health crisis. The baby was reunited with her father.

Hasan Ali Abdul Kasim, the baby’s father, told Fox 6 that his wife took the baby to a nearby church but forgot about her. No criminal charges were filed.

Ivic said that she was happy to help.

“Irena says she’s just grateful that she was able to help,” the press release from the transit system stated.

“Oh my God I was so upset,” Ivic added to Fox 6. “Baby was so scared and cried. I couldn’t believe that somebody left the child on the street.”

Ivic, originally from Serbia, has lived in Milwaukee for 12 years and has been a transit system employee for five years.

She was honored on Jan. 10 by Milwaukee County Executive Chris Abele and other officials with the transit system.

“She did a lot more than her job. She did the right thing,” Abele said. “I don’t take that kind of compassion for granted.”

Zachary Stieber contributed to this report.<h2>