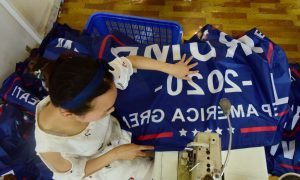 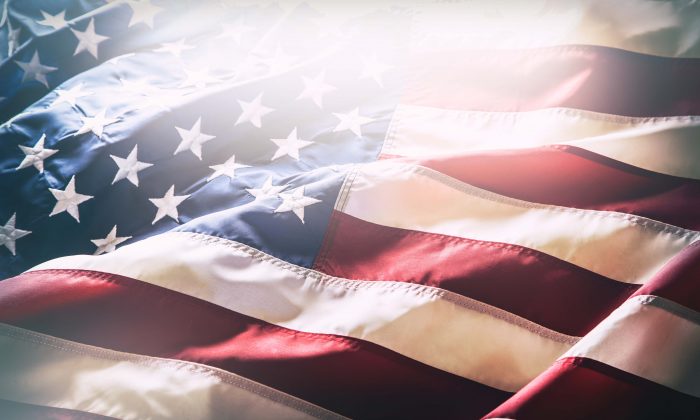 File photo of an American flag. (Shutterstock)
US News

A woman was arrested after she was accused by Virginia police of burning an American flag on a highway overpass in Arlington County last week, according to reports.

Kayla Caniff, 22, was arrested after a Virginia officer spotted the American flag in flames attached to a chain link fence on an overpass over I-66, according to Arlington County Police.

Police charged the woman with property destruction after they accused her of setting the flag on fire at about 11:55 p.m. on Aug. 29.

The 22-year-old was later released without bail on her own recognizance, according to Fox News.

The day after the incident, 16 American flags were hung on I-66 overpasses by the Arlington County Fire Department to honor the victims of the 9/11 terror attacks.

Is It Illegal to Burn the American Flag?

It was illegal to burn the flag until 1969, when the U.S. Supreme Court ruled 5-4 that speech or expressive conduct against the flag was protected by the First Amendment.

Although it is not currently illegal, an individual who sets a U.S. flag alight may be found guilty of starting a fire without a permit, or of a misdemeanor.

Since the Supreme Court’s decision, there have been seven failed attempts by Congress to pass a constitutional amendment that would allow the government to make an exception to its ruling and make the burning of the flag illegal.

Nobody should be allowed to burn the American flag – if they do, there must be consequences – perhaps loss of citizenship or year in jail!

A Virginia man was arrested on July 4 after burning an American flag and setting it on fire in a Walmart parking lot.

The York-Poquoson Sheriff’s Office posted a video on Facebook, saying Mitchell Lee Stauffer was arrested “for burning an object in a public place with the intent to intimidate.”

Stauffer is accused of going to the Walmart in the 2600 Block of George Washington Memorial Highway, throwing an American Flag on the ground, dousing it in gas, setting it on fire, and driving off.

“He was yelling while doing so which made bystanders very nervous,” the sheriff’s office wrote.

The office said he was not arrested for his “First Amendment right to burn the flag.” It said that he was arrested for burning an object in a public place with the intent to intimidate.

Sheriff Diggs said in the post: “The burning of our great American Flag is very offensive to most people including me. That being said, the courts have ruled that act alone is an expression of free speech and not per se illegal. This charge is appropriate under the Code of Virginia. It is fortunate that no one was injured today.”