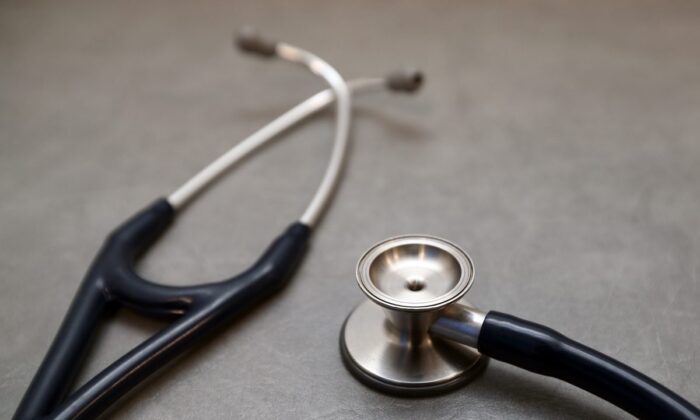 Toronto resident Tracey Thompson says the enduring effects of long COVID have left her in a state of constant fatigue and unable to work, leading her to begin the process of medically assisted suicide. (Carl Court/Getty Images)
Canada

A Toronto woman says she will apply for medically assisted death due to her long COVID symptoms, which she says have rendered her unable to work.

Tracey Thompson, who contracted COVID-19 over two years ago, says the enduring symptoms and lack of financial support have led her to start the process of applying for Medical Assistance in Dying (MAiD), a procedure first made legal by the federal Liberal government in 2016.

“From being able-bodied and employed to basically bedbound. I can’t get up on average for 20-plus hours,” said Thompson in an interview with CTV News, reported on July 11. “I have very little capacity to expend the energy physically, mentally, and emotionally, so I try to stay home all the time.”

Prior to contracting COVID-19, Thompson was working as a chef in Toronto, where her role demanded long hours of standing and making quick decisions. She said after the infection, even standing up to fill a glass of water can bring her day to a standstill.

In addition to the severe fatigue, Thompson, who is in her 50s, told CTV her symptoms also include difficulty breathing, blurred vision, digestion problems, and an altered sense of taste and smell.

Having had no income for the past 26 months, and no foreseeable ability to return to work, the former chef said she expects her savings to be depleted in about five months’ time.

She told CTV that even though there is the Ontario Disability Support Program, which grants an eligible applicant a maximum of $1,169 a month, it would take years for her to qualify, as her illness is not clearly defined in the program. Even if she did qualify, Thompson said the total sum could only cover her rent.

“I don’t relish the idea of suffering for months to come to the same conclusion. When support is not coming, things aren’t going to change,” she said.

“[MAiD] is exclusively a financial consideration.”

On March 17, 2021, Bill C-7, an act to amend the Criminal Code (MAiD), received royal assent, permitting individuals whose natural death is not “reasonably foreseeable” to access medically assisted death. Prior to that, only patients with terminal illnesses were allowed to do so.

In a report by Health Canada last June, 7,595 cases of MAiD were documented in 2020, accounting for 2.5 percent of all deaths in Canada.

“The number of cases of MAiD in 2020 represents a growth rate of 34.2 [percent] over 2019. All provinces experienced a steady year over year growth during 2020,” the report said.

Thompson told CTV that she has sought the approval of one doctor for MAiD, and is waiting for a second specialist to get back to her. To be eligible, her signed written request will need the assessment from two independent doctors or nurse practitioners to confirm that she has met the criteria.

According to the government’s website, applicants have until the moment before the procedure to withdraw consent. Once criteria are met and consent is given, their lives will be in the hands of the doctors.

‘At Risk for Premature Death’

Isabel Grant, a law professor who specializes in criminal and mental health law at the University of British Columbia, responded to Thompson’s story on Twitter, saying the federal government has made it easier for people to seek assisted death than it is to receive financial support.

“This is where we have landed – that people are seeking MAiD because they can’t afford to live with disability and the state has decided that helping people die is cheaper than helping people live,” she said in a tweet on July 11.

With the new amendment to the legislation, Canadians whose only medical condition is a mental illness, including depression, will also be eligible for MAiD beginning March 17, 2023.

In a press release issued in February last year, Conservative Sen. Denise Batters said the amendment to Bill C-7 is a “four-alarm fire for mental illness in Canada.”

“This amendment is a runaway train. The consequences of passing it will be dire. This will undermine suicide prevention efforts and treatment for mental illness,” she said.

“It places Canadians with mental illness at risk for premature death when they might otherwise have recovered successfully. Experts have repeatedly told us—mental illness is not irremediable, it is difficult to predict, and there is no consensus in the medical community on this issue.”

On April 26, CTV News reported that police in Abbotsford, B.C., was investigating the medically assisted death of Donna Duncan, a long-time psychiatric nurse whose daughters say should not have been approved for the procedure due to ongoing concerns over her mental health.

She soon became depressed, was in constant pain, and experienced severe weight loss among other symptoms. The tests she underwent were unable to identify the cause. Her problems were exacerbated when COVID-19 restrictions were introduced in March 2020, leading to the decline of her mental health amid isolation, while curtailing her treatments “for months and months,” according to her daughters.

Despite her family doctor saying that she suffered from depression and did not qualify for MAID, several other doctors Duncan consulted said she was not depressed and was capable of making the decision.

Duncan eventually went to B.C.’s Fraser Health to seek MAiD and received approval for the procedure from a second medical practitioner on Oct. 24, 2021. Her daughters say they didn’t learn of their mom’s plans for a medically-assisted death until two days prior, on Oct. 22.

A petition titled “Change Laws for Medical Assisted Death” launched by her daughters, Alicia and Christie Duncan, says the two tried every means possible to prevent their mother from receiving MAiD, but to no avail.

“We spent the next week fighting for my mom’s life by any legal means, including having her sectioned under the Mental Health Act,” the petition states.

“Unfortunately, my mother’s depression was not enough to hold her in the Psychiatric Unit beyond 48 hours. On Oct. 29 at 8:30 p.m., we were notified that she was dead, less than 4 hours after being released from the psychiatric unit.”

The Duncan sisters said they initiated the petition to raise awareness about the “gaps” in Canada’s assisted suicide legislation.

“Our hope is that we can enlighten others about the shocking legislation that leaves Canada’s Euthanasia deaths among the highest in the world. These already lax laws are relaxing even further in 2023. We should all be very concerned.”