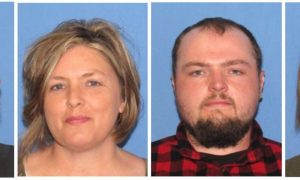 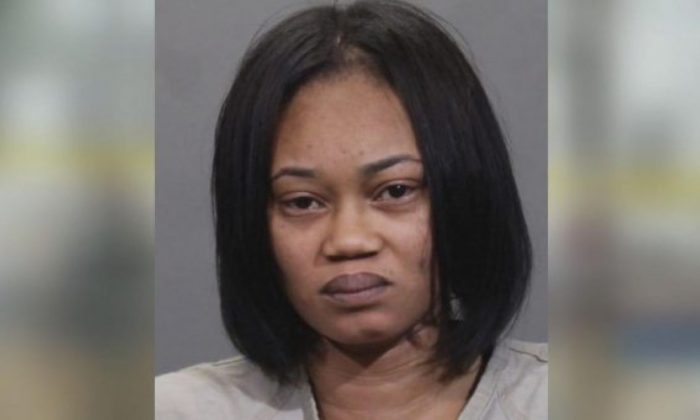 Woman Allegedly Killed by Her Sister Was Reportedly Pregnant

An Ohio woman who police said was killed by her sister was pregnant at the time of her death.

Sade Carrie Garner was gunned down in the driveway of her Columbus home on Feb. 23 by her sister, 35-year-old Anjoure Lawrence.

According to WCMH, Garner was pregnant when she was killed. It’s not clear how far along in her pregnancy she was and her obituary did not mention her pregnancy.

Garner’s funeral was scheduled for March 9.

The revelation comes after Lawrence was indicted by a Franklin County Grand Jury on March 6.

She was indicted on two counts of murder and her arraignment was slated for March 20.

While police said Lawrence murdered Garner during a dispute, the nature of the dispute has not been made public. Investigators told WSYX initially that they weren’t sure what the sisters were fighting about.

Writing on the obituary page, many left condolences and remembrances.

“So sorry this happened to you babygirl. May God wrap his arms around your family and loved ones and give your family strength love and courage and peace during this time. RIP Sade you were always sweet and such a loving spirit you was a real one,” wrote Sharde Patterson.

“My deepest condolences to the family sending prayers of strength to all effected even myself I love u women definition of a REAL WOMEN smh u will be missed and remembered sis love u,” wrote Juanee 2 Boo.

“You were one of few females that I vibed with here. You had the DOPEST personality I’ve ever seen, and was always so full of joy and eager to inspire others. From what I’ve seen your spirit touched the whole city in such a positive way. We may not fully comprehend why your days were cut so short, but it is a blessing for you to have enjoyed so many moments of your life here on Earth. God gained such a beautiful angel and you will be missed forever and loved a lifetime,” added LaTisha Figg.

“I am still in a daze. Cant believe you are gone. This world just will not be the same without that beautiful smile. You was always so nice and caring. I will miss you so much. Will always love you babygirl. Love Auntie,” added Flossie Walker.

Officials said a Houston student who was stabbed during an argument over a brownie has died.

According to Click2Houston, police on March 8 said the student was stabbed in the eye at 4:30 p.m. on March 6 at the corner of Bellaire Boulevard and Rookin Street.

Witnesses said the 14-year-old victim was arguing with another juvenile when the stabbing occurred.

The juvenile suspect then fled the scene, police said.

Houston Independent School District police initially investigated the case, but the Houston Police Department became involved after the victim’s condition worsened, according to the report.

UPDATE: sadly, the 14-year-old stabbed on Wednesday (March 6) at 6436 Bellaire Boulevard has died. No other information is available at this time. The original news release on this case can be found here ===> https://t.co/KWXTOBbeB7 #hounews

On March 8, the Houston Police Department said the boy died.

“Sadly, the 14-year-old stabbed on Wednesday (March 6) at 6436 Bellaire Boulevard has died. No other information is available at this time,” police said on Twitter.

“Police are investigating an occurrence that took place off-campus, after dismissal (Wednesday) near Jane Long Academy that resulted in a student being seriously injured. Counselors will be on campus (Thursday) to offer support and guidance to students,” the Houston Independent School District said in a statement sent to Click2Houston.

The victim and suspect were not named. It’s also not clear what school the victim attended.