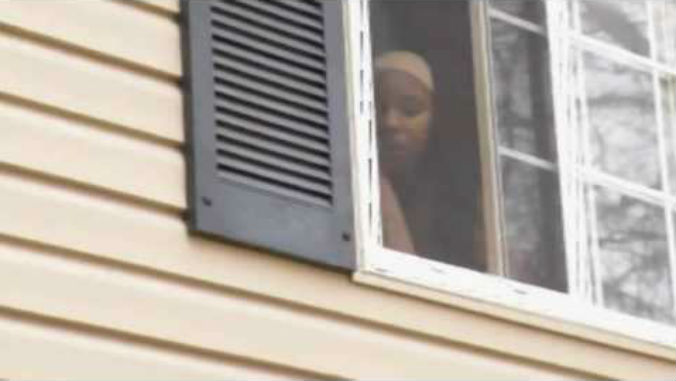 Woman Accused of Taping Her Toddler Son to Wall Is Arrested

REYNOLDSBURG, Ohio—A young woman accused of taping her 2-year-old son to a wall so she could get some housework done and streaming it live on social media was arrested on Thursday.

Shayla Rudolph, 18, was arrested on an abduction charge, Reynoldsburg police said. Her son was taken into custody by Franklin County Children’s Services.

Police said they received a tip on Wednesday about a live Facebook stream of a woman taping her son to a wall and taping his mouth shut. They said their review of a copy of the stream showed Rudolph using clear packing tape to tape her son to the wall and tape his mouth.

It appeared the boy was restrained for about 15 minutes, they said.

Rudolph can be heard in the video telling her son he has “the best mommy in the whole wide world.” Her son can be heard trying to cry.

“Don’t make me put more tape up there,” she says. “Now sit still. You can see the TV from right there.”

Rudolph also can be heard apparently explaining that what she is doing allows housework to be done.

It’s unclear what day the video stream was posted on Facebook.