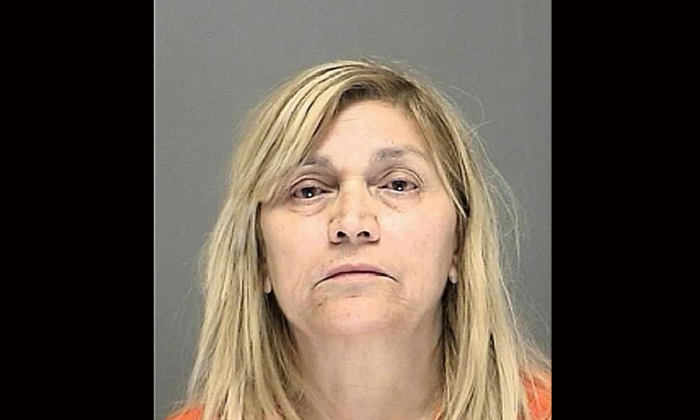 A Florida woman accused of fatally shooting and then dismembering the arms and legs of her boyfriend has been linked to a similar murder involving the remains of a man dumped in the Tomoka River 10 years ago.

On Jan. 18, Nelci Tetley, 67, was arrested and charged with first-degree murder for the death of her 55-year-old boyfriend, Jeffrey Albertsman, whose dismembered body was found in his Daytona Beach home on July 25, 2017.

His arms and legs were found two months later in a fernery in western Volusia County, said police.

The police found Albertsman’s decomposing body after receiving a call from his mother that she had not heard from him in a while.

According to an arrest affidavit, Albertsman was fatally shot in the chest and head before he was dismembered, reported the Daytona Beach News-Journal.

While Tetley and Albertsman had been in a relationship for nine years, records show their turbulent history. Tetley was arrested in October 2016 after she hit Albertsman and told him, “I could kill you tonight if I wanted,” CBS News reported.

Tetley received a sentence of 11 months probation in connection with that case, which was completed in May 2017.

Albertsman’s neighbor told CBS News that Tetley was “very possessive” of Albertsman and would follow him to work and back home.

Daytona Beach Police Chief Craig Capri said that Tetley is a “person of interest” in a similar murder at Ormond Beach, Florida, that happened 10 years ago.

In 2007, Michael Scot Louis’s chopped-up body was found in garbage bags along the Tomoka River. A fisherman initially discovered a leg and a foot at the bank of the river. Police later found Louis’s arms and torso. But his head was never found, according to News-Journal.

Police say that Tetley dated Louis but denied involvement in his death, reported the paper.

Louis’s sister told police that Louis had a different personality when he was with Tetley, adding that he abandoned his friends and became more “quiet and reserved” after he started dating her.

A police report, cited by the paper, revealed that human remains experts noticed an “association” between the way in which both bodies had been dismembered.

Tetley is currently being held without bond in relation to Albertsman’s murder.