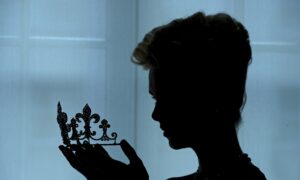 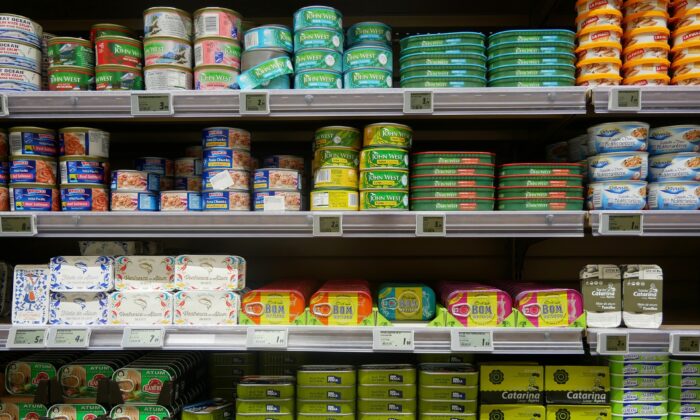 A file photo of canned tuna on a shelf in a supermarket. (Joenomias Menno de Jong/Pixabay)
AMERICA

A woman accused of intentionally coughing on about $35,000 worth of goods at a grocery store in Pennsylvania has been charged with making terrorist threats.

Margaret Cirko, 35, was arrested by Hanover Township police on March 26 and charged with two counts of terrorist threats, one count of threats to use a “biological agent,” and one count of criminal mischief following an investigation.

Police said Cirko entered the store while making verbal threats that she was sick, and intentionally coughed and spit on fresh produce, meat, and other merchandise, amid the CCP virus pandemic.

The Epoch Times refers to the novel coronavirus, which causes the disease COVID-19, as the CCP virus because the regime’s coverup and mismanagement allowed the virus to spread throughout China before it was transmitted worldwide.

The woman continued the behavior in several aisles before trying to steal a 12-pack of beer and being ordered to leave the store by employees.

“While there is little doubt this woman was doing it as a very twisted prank, we will not take any chances with the health and well-being of our customers,” Joe Fasula, the co-owner of the supermarket, wrote on Facebook. “We had no choice but to throw out all product she came in contact with.”

Fasula estimated that he had to throw out more than $35,000 worth of goods.

“I am also absolutely sick to my stomach about the loss of food. While it is always a shame when food is wasted, in these times when so many people are worried about the security of our food supply, it is even more disturbing,” he wrote.

Cirko is scheduled for a preliminary hearing on April 8.

Similar incidents have occurred in other states, with suspects being charged with terrorist threats.

New Jersey attorney general announced March 24 that his office charged a 50-year-old-man for terroristic threats, among other charges, for allegedly coughing on a food-store employee and telling her that he had the virus. Similarly, a Missouri man has been charged with making a terrorist threat after he was filmed licking a number of items at a Walmart store.

The federal government also is taking action against individuals who deliberately spread the CCP virus.

In a memo on March 24, Deputy Attorney General Jeffrey Rosen directed U.S. attorneys, department heads, and law enforcement chiefs around the country to focus their efforts on prosecuting pandemic-related crimes. The memo indicated that individuals who engage in the “purposeful exposure and infection of others with COVID-19” could face criminal charges under federal terrorism-related laws.

“Because coronavirus appears to meet the statutory definition of a ‘biological agent’ … such acts potentially could implicate the nation’s terrorism-related statutes,” Rosen wrote in the memo. “Threats or attempts to use COVID-19 as a weapon against Americans will not be tolerated.”