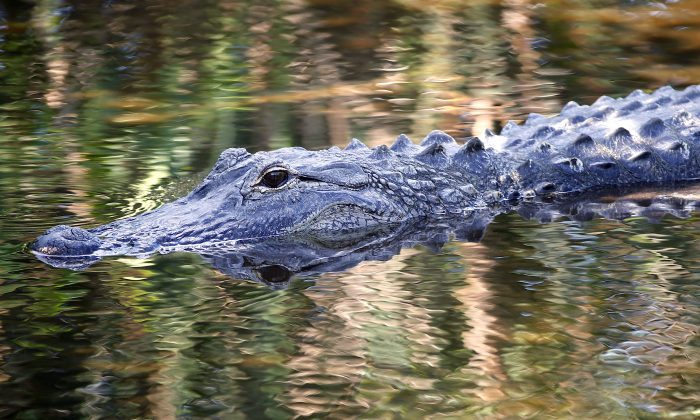 Alligators fear humans until they are fed by them, say experts. That's when they become very dangerous.(Rhona Wise/AFP/Getty Images)
US

CHARLESTON, S.C.  — A 90-year-old woman found dead in a South Carolina pond after disappearing from her assisted living home appears to have been killed by an alligator, a coroner said Friday.

Charleston County Coroner Rae Wooten said in a statement that investigators think Bonnie Walker slipped or fell into the pond and then the alligator attacked her.

Walker had multiple sharp and blunt force injuries consistent with an attack from an alligator, Wooten said.

Local media outlets reported that an alligator was removed from the pond near Brookdale Senior Living Center by Department of Natural Resources workers Friday morning.

Walker’s body was found Wednesday hours after she disappeared from her Charleston assisted living home.

Brookdale issued a statement saying they extended their deepest sympathies to Walker’s family and are helping the investigation into her death.

Robert McCullough, a spokesperson for the Department of Natural Resources, Walker’s case is the first time an alligator killed a person in the state. “It’s the first one as far as we’ve been keeping records,” he told the Post and Courier.

“The injuries are consistent with those which could be inflicted by an alligator and our investigation has confirmed that an alligator was involved in the decedent’s death,” Wooten said.