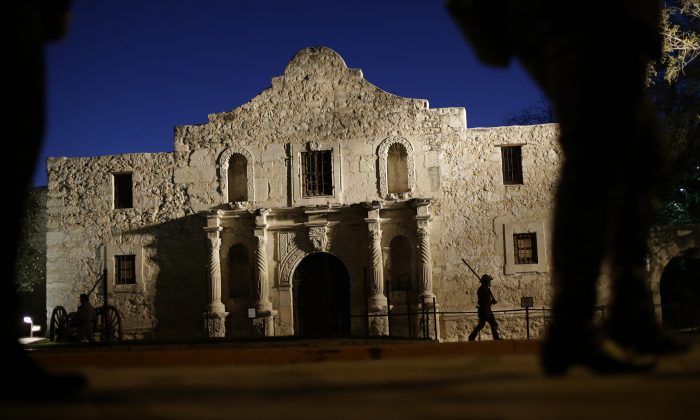 History isn’t clean. We like its lines well defined and its stories in 20-second soundbites, but history is never that way. It’s messy. When it doesn’t fit the woke agenda, the prevaricators and provocateurs take license to just make things up, often swaying great numbers of people.

Such is the case with the recent attempt to recast the Alamo story as an Anglo narrative driven by “white supremacy” and the desire to maintain slavery. There are several holes in this argument, the first being that the Texas Revolution was hardly an Anglo narrative; the second involving the Texas leaders who actually tried to avoid war with Mexico, and the third is in casting all of the Anglos as “white supremacists.”

Mexican President-General Antonio López de Santa Anna campaigned as a states’ rights candidate but, once elected, abolished the Constitution of 1824 and took full power for himself, declaring himself a dictator. When Zacatecas rebelled, Santa Anna ransacked the city, and 5,000 Mexican citizens were killed or executed. It was a warning to anyone who opposed him. As a result, civil war broke out in four other Mexican states: Yucatán, Tabasco, Nuevo León, and Tamaulipas, none of which were slave-holding states.

The Tejano population (Mexican citizens born in Texas) was also alarmed. Santa Anna disbanded the local state legislatures, and the elected governors were replaced with political appointees. Advocates of peace in Texas, led by Stephen F. Austin, tried to avoid war, but on a diplomatic mission to Mexico City, Austin was arrested and thrown in prison. He had a year and a half to rethink his position.

The Texians (the Anglo settlers who came to Texas) had generous land grants, very low taxes, substantial autonomy, and wanted to continue living under the Constitution of 1824. The vast majority of them never owned slaves. It was simply not in their interest to start a conflict with Mexico. If the Texas Revolution was all about slavery, why would non-slaveholders be willing to die for something they had no part in? (Incidentally, the first soldier to take a bullet fighting for the Texas cause, on Oct. 9, 1835, was Sam McCulloch Jr., a free black man.)

It became clear that war was unavoidable. Tejano delegates José Antonio Navarro and Francisco Ruiz both signed the Texas Declaration of Independence. Of the six general and 14 specific reasons the Declaration argues for independence, slavery didn’t make the list.

As the convention progressed, Tejanos chose to barricade themselves inside the Alamo and give their lives with the Texians. In a foreshadowing of the American Civil War 25 years later, Alamo defender Gregorio Esparza had a brother in Santa Anna’s army. After the smoke cleared from the battle, Fernando Esparza was given permission to retrieve his brother’s body, and thus Gregorio Esparza became the only Alamo defender to receive a Christian burial. The others were thrown onto a pyre and burned.

But the Tejano involvement hardly ends there. Juan Seguín and his men fought valiantly at San Jacinto, and Lorenzo de Zavala went on to help write the Texas Constitution. The argument that the Texas Revolution was an Anglo conflict about slavery is simply false.

Finally, David Crockett had a famous falling out with Andrew Jackson over Indian policy. That’s why he was in Texas in the first place. Sam Houston, alone in political circles, argued for the rights of indigenous people and tried to get them title to their lands. He even lived with the Cherokee for six years and was adopted by the tribe as a full Cherokee citizen. He married a Cherokee woman in today’s Oklahoma. Jim Bowie also adopted another culture when he married Maria Ursula de Veramendi, the daughter of the Mexican vice governor of Coahuila y Tejas.

These men had many close friends from other cultures.  Dismissing them as “white supremacists” is a simplistic, woke fantasy.

Did people in the 1800s have different views on race than we do today? Yes. All of them did. Even the abolitionists wrote things that could never be printed in a modern newspaper. But to judge them by a moral standard that has advanced 185 years beyond their time is grossly unfair, amateurish, and irresponsible. Instead of judging previous generations, we should be asking ourselves what people 185 years from now will look back and condemn us for. That’s a more difficult and uncomfortable question.

History is always more complicated than we want to make it. It’s always messy, and frequently inconvenient to woke fairy tales.

Alan C. Huffines
Follow
Col. Alan C. Huffines is the author of “Blood of Noble Men: The Alamo Siege and Battle” and “The Texas War of Independence,” and is a member of the Alamo Community Advisory Committee.