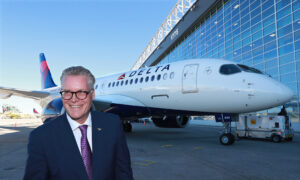 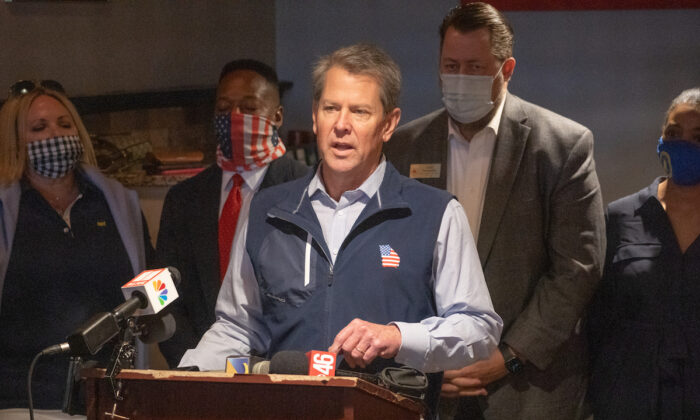 Woke Capitalism: How Did It Happen?

It’s hardly news that America’s largest business entities, traditionally regarded as allies of the political right, now openly support radically progressive politics, to the point of bullying conservative-majority states and their politicians that don’t go along.

In March, South Dakota Republican Gov. Kristi Noem vetoed a bill that would have banned biological males from participating in girls’ and women’s sports at public schools—after it became clear that the National Collegiate Athletic Association would retaliate by excluding the state from current or future sports championship games.

A few weeks later, another Republican governor, Asa Hutchinson of Arkansas, vetoed a bill barring puberty blockers, opposite-sex hormones, and surgery that would slice off breasts and genitals for youngsters under age 18 who claim transgender identity. Fox host Tucker Carlson suggested that Hutchinson may have faced pressure to veto the bill—which was ultimately overruled by the Arkansas Legislature—from Bentonville-based Walmart, Arkansas’s largest employer.

The most stunning entry of America’s corporate class into the world of “woke” politics has been its mass reaction to Georgia Republican Gov. Brian Kemp’s signing into law an election-reform bill that tightens requirements for in-person and absentee voting, including the presentation of some form of identification. The law was a reaction to lax regulation of mail-in ballots that led to allegations of fraud in the 2020 elections in Georgia and elsewhere.

But the Democratic Party deems any effort to tighten voting oversight as racist (President Joe Biden’s “Jim Crow” mantra), even though the Georgia law actually expands poll access via early voting, and the majority of Americans, including black and low-income Americans, support voter ID.

Big business predictably sided with the Democrats. Major League Baseball announced it would pull the 2021 All-Star Game and 2021 amateur draft out of Atlanta. Atlanta-based Delta Air Lines and Coca-Cola also condemned the legislation.

On April 10, more than 100 CEOs and other business leaders met on Zoom to discuss ways to organize opposition to similar legislation in other states. The list of companies whose leaders participated in the Zoom call, and then signed a two-page open letter in The New York Times applauding themselves as defenders of the “right to vote,” reads like a corporate Who’s Who: Apple, Amazon, Starbucks, Merck, Ford Motor Co., American Express, United Airlines, American Airlines, Target, Netflix, Levi Strauss.

How did this—the transformation of corporate America into not just a progressive but an openly partisan monolith—take place? Up through the early 21st century, big business shied away from controversial politics of any kind and promoted through its advertising only the most anodyne messages of racial and ethnic harmony: “I’d like to teach the world to sing.” Few large corporations donated to Planned Parenthood, for example, deeming its abortion activities radioactive to potential customers.

Now, such entities as Amazon, Starbucks, Johnson & Johnson, and Unilever proudly operate donation programs for Planned Parenthood. When North Carolina enacted a privacy-protecting “bathroom bill” in 2016 that forbade people from using opposite-sex restrooms in public facilities, corporate boycotts of every variety—from an NCAA pullout to PayPal’s scuttling a plan to build a facility in Charlotte—resulted in the repeal of most of the law’s provisions.

Part of the reason for the massive ideological switch on corporations’ part is undoubtedly fear. America may be evenly divided between right and left, but it’s the left half that holds the cultural levers, controlling educational institutions, entertainment, media, and, most powerfully of all, social media, which is under the thumb of woke magnates in Silicon Valley. Progressive religious leaders are already demanding a nationwide boycott of Atlanta-based Home Depot because it hasn’t joined the rest of corporate America in denouncing the Georgia election law.

It seems that nowadays, in contrast to the past, the most prudent way for a business to avoid controversy is to take the winning side in the controversy, which means taking the left-endorsed side.

But there’s another aspect to staid corporate CEOs suddenly lining up with Black Lives Matter, LGBTQ activists, and today’s radicalized Democratic Party: the human yearning to be admired and respected.

What those 19th-century business barons craved, says Anderson, was “respectability.” They founded libraries, museums, hospitals, scientific institutes, and universities—“but they also got into weird things like eugenics,” Anderson said. Highly successful at operating their companies, “they thought of themselves as spokesmen” for the fashionable movements of their time.

If John D. Rockefeller could pat himself on the back for funding research into what the intellectual elite of his era called improving the human race by discouraging its “defective” components from breeding, it shouldn’t be surprising that today’s corporate CEOs like to take out ads in The New York Times congratulating themselves for backing whatever woke causes today’s intellectual and cultural elites happen to promote.

Or that nearly the same CEOs issued effusive press releases vowing their commitment to “racial justice” within hours of the murder verdict in the George Floyd trial.

“I don’t think they were ever a bunch of radicals,” Anderson said. “If they were, they wouldn’t have been able to run successful companies. But they want peace—and nobody wants to be ostracized.”

Machiavelli famously wrote that it’s better to be feared than loved. Today’s corporations seem to want to be feared and loved at the same time.