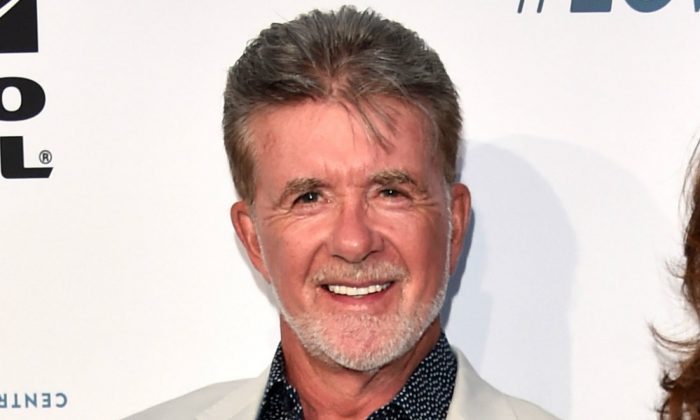 Alan Thicke’s last words might be a testament to the fragility of life.

According to Entertainment Tonight, Thicke, who died on Tuesday while he was playing hockey with his 19-year-old son Carter, at the Pickwick Gardens in Burbank, California.

Darin Mathewson, vice president of Pickwick Gardens, told ET about his last words as he was being taken to the hospital: “On his way out he asked his son to take a picture. He goes, ‘Ah, take a shot kiddo’ and he did and off they went.”

“He had Carter take a picture of him, and said, ‘Make sure you get the rink in the background’ as they were taking him out of here,” he added. “When he went by us, he gave us the thumbs up, like, ‘I’m doing good guys, I’m good.'”

Medical officials have confirmed that Thicke, 69, died of a heart attack.

“I was in my office [and] probably in the first 15 to 20 minutes of the game, these guys came running in and said, ‘Hey. Call 911. We got a guy down.’ So I called immediately and went out there,” Mathewson told ET. “In Burbank, the EMTs and the ambulance services are really fast, within a few minutes, and by the time I got out there, they were coming in.”

He told ET that Thicke was first vomiting and wasn’t feeling well but was responsive.

“He said he had pain in his chest, but his color was not good. He was a little grey,” he added. “When the ambulance got here they checked his vitals … and they put him on the gurney, sat him up.”

Cardiac surgeon Dr. Mehmet Oz, told Inside Edition that the cold temperature in the ice hockey rink may have contributed to his heart attack.

“When you’re in a cold place, an ice rink, your arteries are squeezed up like that. Then you get on the ice and warm up and your heart isn’t ready yet. It’s a bad combination. That’s why as a heart surgeon, this is my busiest time of year. We have 50 percent more heart attacks in the wintertime than the summer time,” Oz said.