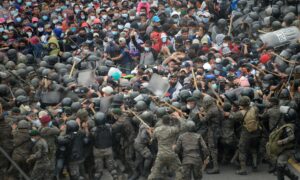 Immigration: Is It Wrong to Think About What’s Best for the United States of America?
0
Share Now
TelegramFacebookTweetEmailTellMeWeReddit
Copy Link 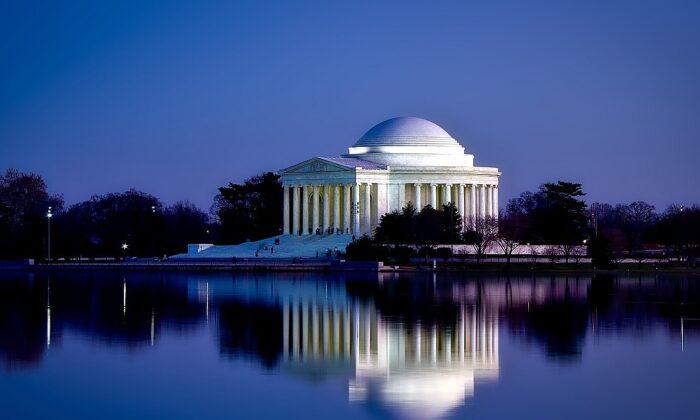 It sometimes feels as though our democracy is broken, and I wonder if it is our own fault. We have the right to know what our government does on our behalf, but we have become an apathetic citizenry, apparently not caring enough to speak up when we don’t like how politicians run the government or spend our tax dollars.

When was the last time you went to a city council meeting, read a proposed piece of legislation, or contacted an elected official to express your opinion about a bill you thought was a lousy idea? I’m betting it was either a long time ago—or never.

The mainstream public has been effectively canceled by its own silence, and much smaller groups of outspoken activists have stepped into the void. As a result, politicians (and “woke” corporations) bend to interest groups’ desires, even though it is clear their demands are not supported by the majority. Defund the police; keep the schools closed; refuse to prosecute for looting, arson, or destruction of property; cancel nonconforming people and products.

Activists hammer on issues, and politicians react. What the majority wants ceases to matter. This is not the way a democracy is supposed to function.

For years now, we, the public, have been left out of the right to know what our elected officials are doing before they do it. Presidential orders and mysterious Congressional actions abound, initiated by both Republicans and Democrats.

I hadn’t really pondered how often Americans have given up their “right to know” until I was contacted recently by an Italian named Matteo Angioli, secretary general of the Global Committee for the Rule of Law. Angioli wanted to discuss one of my past columns, in which I wrote: “We have entered a phase of politics where leading by partisan edict is becoming more frequent. No debate of issues, just politicians who feel emboldened to ram through their ideas.”

Speaking via Zoom from his home near Florence, Italy, Angioli told me he thought those two lines summed up “perfectly one of the biggest issues of our time.”

We had a fascinating conversation about his efforts to change things working with the Council of Europe, an international organization founded right after World War II and dedicated to upholding human rights, democracy, and the rule of law. Matteo’s goal is tied to the Tromso Convention, which calls for all European countries to increase government transparency, improve public access to official documents and politicians’ decision-making processes, and restore citizens’ trust in government.

Wouldn’t it be great if our state and national governments followed the Tromso Convention? While Americans can file Freedom of Information requests for government documents, it is a cumbersome and arbitrary system. Yes, a few U.S. politicians still hold occasional town hall meetings, but open public debate forums should become the norm.

Matteo and I agreed civilians need to care about their “right to know” again. We have to find time in our hectic lives to get informed about where our country and our taxes are headed and, if we don’t like it, voice our opposition. We need to fight our apathy so a sense of equality and justice can prevail.

The lynchpin in all this, of course, is a fair and impartial media. It is their job to report what’s really important. Instead of concentrating on who said what on Twitter years ago, media outlets need to return to truly informing the public about government activities.

Another trillion-dollar spending bill is already in the congressional pipeline. I’d like to see a full accounting of where that money will go before the bill passes.

Yes, American citizens have a right to know what our elected leaders are doing—every step of the way. But if we don’t make our desires known to the politicians, those small groups of eager activists will continue to drive the national narrative. They will continue to erode our society.

Time to let politicians know what you want.