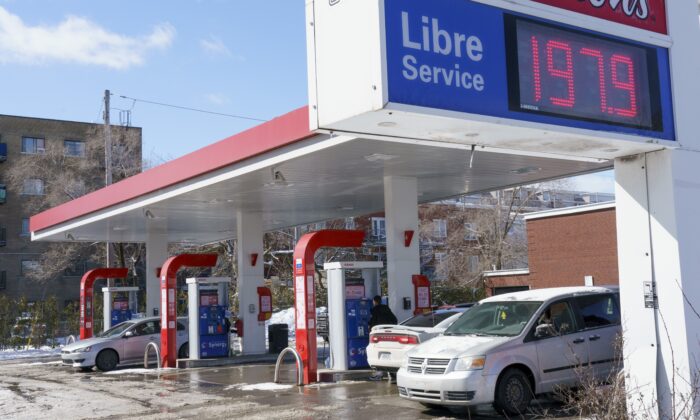 Motorists fill up at a gas station in Montreal on March 8, 2022, as gas prices skyrocket in Canada. (The Canadian Press/Paul Chiasson)
Viewpoints

With the World’s Oil Supply Squeezed by War, It Is Vital to Unleash Canada’s Enormous Energy Resources 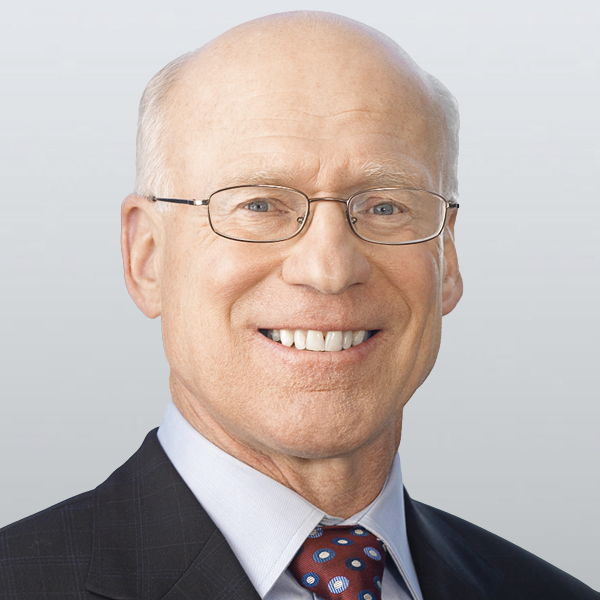 Oil prices have risen to a staggering US$120 per barrel in the wake of Russia’s invasion of Ukraine. But that’s not a record in real-dollar terms. Inflation-adjusted oil prices reached the same level in 2013, driving a supply response that temporarily lowered prices. World oil demand steadily increased, reaching a record 100 million barrels per day before the COVID collapse.

Demand has since come roaring back and despite all the “net zero” rhetoric, the International Energy Agency forecasts that world oil demand will continue to grow. The big question is: who will supply all that oil?

Middle Eastern countries, led by Saudi Arabia, will be major contributors and, despite U.S. and UK bravado in banning Russian imports, current and forecast world oil demand cannot be met without Russian oil. The disparate list of countries controlling world oil supply may soon include Iran if, as news reports suggest, President Biden is naive enough to remove oil export sanctions in return for the Ayatollah’s “pledge” to suspend uranium enrichment. That would leave world oil supply security in the hands of one country that subjugates women, another led by a murderous psychopath, and a third developing a nuclear bomb with the avowed objective of annihilating Israel.

Meanwhile, with the world’s third-largest oil reserves, Canada is sacrificing hundreds of billions of dollars per year in revenues and new capital investment and tens of thousands of well-paying jobs on the net-zero altar by pursuing policies that make building new oil export pipelines virtually impossible. Even a proposed trans-national pipeline that would have delivered Canadian oil to eastern refineries was deliberately stymied by the Trudeau government. As a result, tankers carry Saudi Arabian and African oil that emits immensely more greenhouse gases than domestic oil up the ecologically fragile Gulf of St. Lawrence.

Speaking in London in July 2006 before departing for a Vladimir Putin-hosted G8 Summit in St. Petersburg, then-prime minister Stephen Harper called Canada “a new energy superpower.” Oil and gas industry capital investment rose sharply, doubling from $30 to $60 billion before the Harper government’s defeat in 2015. By 2019, Trudeau’s anti-oil and gas policies had seen the industry’s capital spending collapse to less than half of 2006 levels.

Many Canadians may not know that history. But if there’s one thing that does get their attention, it’s the price at the pump. Anti-fossil fuel ideologues worshiping at the net-zero altar may be delighted by the recent run-up in gas prices, but not real-world, working Canadians. On March 4, gas prices in B.C. hit $2.00 per litre, taking the cost of filling up the family sedan to $140. Given the sprawling nature of Canadian cities, commuting to work takes at least one fill-up per week. That amounts to more than $600.00 per month for a single car.

Along with gas prices, food and other necessities have also risen to record levels across the country. A recent Angus Reid survey found 53 percent of Canadians were already unable to keep up with the rising cost of living.

The 11 cents/litre federal carbon tax doesn’t seem like much compared with current total pump prices. But it’s just the beginning. The Trudeau government plans to progressively increase the carbon tax to 38 cents/litre by 2030. Adding the 10 cents/litre B.C. carbon tax means drivers in that province will pay carbon taxes of 48 cents/litre.

The theory behind carbon taxes is that higher prices will reduce consumption. But that only applies if there’s a viable alternative. For already cost-stressed, real-world Canadians, driving a vehicle that’s needed for business or for getting to work, a carbon tax on fuel is simply impoverishing.

At a time when the world’s oil supply is being squeezed by war, the importance of unleashing Canada’s enormous oil resources has never been clearer. During the prime minister’s trip to the UK, a reporter asked whether Canada could help make up the oil supply shortage. His answer illustrated the fanatical depth of our leader’s worship at the net-zero altar: “We will be there to support, as the world moves beyond Russian oil and indeed, beyond fossil fuels, to have more renewables in our mix.”

This incredible answer comes at a time when innocent Ukrainians and their beautiful country are being ravaged by a megalomanic who threatens the world with nuclear Armageddon. No doubt President Putin is grateful to Justin Trudeau for helping him control world oil markets by having hamstrung Canada’s “energy superpower” potential. It was Putin’s predecessor Lenin who coined the phrase “useful idiots.”

Never before have I been ashamed of being a Canadian. I pray for new political leadership that will make me and millions of other dispirited Canadians proud of our country again.

Gwyn Morgan
Follow
Gwyn Morgan devoted three decades to building North America’s leading oil and gas company. When he stepped down as founding CEO in 2006, EnCana Corporation had an enterprise value of approximately $60 billion. Gwyn has served as a director of five global corporations including HSBC. He was appointed a Member of the Order of Canada in 2011.