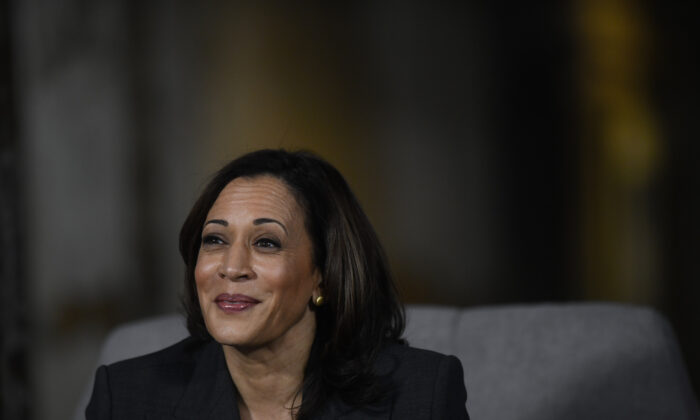 In a recent controversial piece, Mother Jones featured Sen. Kamala Harris’s new bill that would lengthen the school day in an attempt to “modernize” it.

The bill would approve a pilot program that would give money to 500 elementary schools, particularly those with children from low-income families, and match up the school and work day—essentially extending it by three hours—in order to try to bridge the gap between normal working hours and school.

During the school year, schools would only be shut on federal holidays, weekends, and in emergencies. The bill would also provide investment for free summer programs.

Some conservative commentators erupted and said that, at least according to the headline, Harris and Democrats are “trying to replace the family with the state.”

It won't get much attention, but Kamala Harris' plan to enact a TEN HOUR school day, 8 AM – 6 PM, is both disturbing and revealing. Democrats are trying to replace the family with the State. That's why they keep extending the amount of time kids spend in school.

If you don't want your kids put in a kennel until nightfall you're 'unfamiliar with parenthood's demands' lol. Hang in there Democrats, toddlers are hard on everyone. In any case, Charlie has the right response to a bad idea badly defended: pic.twitter.com/vq1DTYfjr0

While I don’t care for Harris’s solution, nor am I convinced of her genuine concern for the family or kids’ welfare, the problem she presents is real.

The bill is an attempt to assuage a real problem, especially for low-income families, and one conservatives often eschew. Instead of addressing the problem, conservatives pounced on the solution, either because they don’t face this problem or they don’t think it requires a solution.

I certainly understand the temptation—I’m no fan of Harris’s socialist policies—but in this instance, a more nuanced take is required.

Harris specifically said the bill aimed to address the fact that a typical school day ends at around 3 p.m., and parents often work until 5 or 6 p.m. Because of this gap in time, many parents must either rearrange their work schedule, which for many is impossible, or arrange for a variety of after-school solutions such as a babysitter, sports programs, or the YMCA. For many parents, this is untenable: Logistics are laborious and the cost is inefficient, especially if there are multiple school-age children in one household.

“My mother raised my sister and me while working demanding, long hours,” Harris said. “So, I know firsthand that, for many working parents, juggling between school schedules and work schedule is a common cause of stress and financial hardship. But, this does not have to be the case.”

As the Mother Jones piece read:

“A family paying out of pocket to cover child care for those two hours between the end of the school and workday costs an average of $6,600 dollars per year, or nearly 10 percent of an average family’s income. Almost 40 percent of all workers lack access to any paid vacation time, which means parents will often have to scale back their workday to accommodate child care duties. Experts estimate the United States loses $55 billion in productivity each year thanks to the public school calendar.”

First, Harris is wrong that the solution to a school and work gap requires a legislative fix at all. It does not. More state-mandated provisions will not fix the problem here.

Harris’s bill proposed that each school district would receive up to $5 million over five years to stay open until 6 p.m. The United States spends approximately $10,000 per child in the public school system, and yet, as funds have increased, scores and outcomes have remained the same or lagged. More money is not the solution to education, nor to after-school programs.

Lengthening a child’s already-long school day would be disheartening for a child’s morale and mind. As a former homeschooling mother, I can tell you the current day is plenty long and, in fact, already too long. Due to their sizes, schools already spend a significant amount of time on non-learning activities such as discipline and crowd control.

The best solutions for this obvious problem should be privatized, keeping the people who face the problem in mind. As the Mother Jones piece says, “That burden typically falls to women, a million of whom work less than full-time in order to keep up with caregiving responsibilities for elementary school-aged children. This hardship is particularly pronounced for low-income mothers and mothers of color, who are the most likely to have unpredictable or inflexible work schedules.”

The first thing parents in need could do is work with the school system, if and where possible. Harris actually hints at privatized solutions in her own bill. She says the bill would encourage schools to partner with the community to develop “high-quality, culturally relevant, linguistically accessible, developmentally appropriate academic, athletic, or enrichment opportunities for students.”

Parents should ask the school if they can work with local programs such as these to partner with the school, providing transportation and lower costs in exchange for advertising. My children’s school offers information about the local YMCA, sports programs, and more. While these can be logistically challenging, it’s one option.

Another option is for parents to petition their workplaces.

Wouldn’t it be better to incentivize companies to make the work day shorter, allowing more time for parents and kids to spend time together, instead of forcing kids to spend 10 hours a day in school? https://t.co/hzN1ZumNsa

With the rise of the gig economy, more people work from home, or can access a significant amount of work from any place with Wi-Fi. If parents need to leave work early to pick up children or arrange for care, it’s time they were more vocal about this need, and worked to normalize it: Parenting should not be taboo.

In fact, healthier parents often equal healthier employees. By the same token, workplaces should offer as much flexibility as possible, provided production remains satisfactory. Perhaps parents and employers could work out a deal: They might have to pause work at 4 p.m. but offer that they can make it up later in the evening or early the next day.

While Harris’s bill identifies a very real problem for many working parents, her solution is too expensive and too hard on kids. Conservatives need not resort to inaccurate portrayal of the problem or the solution, but should empathize with parents, for whom the work and school day mismatch is often a real issue to resolve.