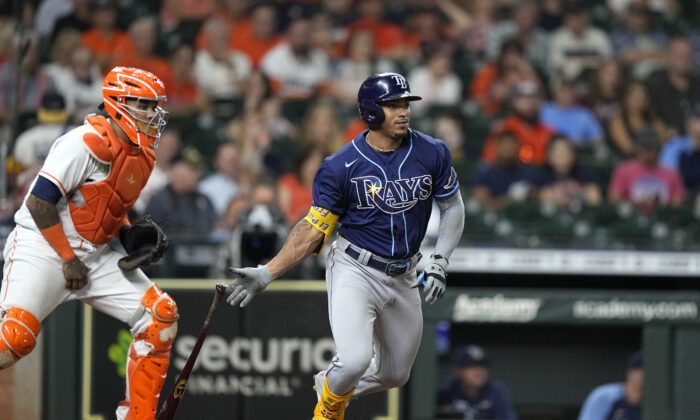 With MVPs Out, New Stars Set to Shine in MLB Postseason

A funny thing about this year’s likely MVPs—none were valuable enough to push their teams into the postseason.

Shohei Ohtani, Bryce Harper, Fernando Tatis Jr., Juan Soto, Vladimir Guerrero Jr.—all contenders for the individual prize, and all set to watch from home while a champion is crowned.

Other big names remain—Freddie Freeman, Mookie Betts, Jose Altuve, and Aaron Judge are plenty familiar to fall audiences. Of course, they were all there last year, too, when Tampa Bay rookie Randy Arozarena stole the show.

Arozarena set postseason records with 10 homers and 29 hits, winning the AL Championship Series MVP, and made a wild scramble home to help the Rays push the Dodgers to six games in the World Series. It was a remarkable rise for a then-25-year-old who had just 42 regular-season games under his belt, propelling him from no-name rookie to a standout on baseball’s biggest stage.

Stars are cemented in October. Here are five budding ones that might stick in the spotlight this month:

The 20-year-old switch-hitter batted .288 with seven homers and an .810 OPS, matching Hall of Famer Frank Robinson’s 43-game on-base streak in 1956 for the longest by a player 20 or younger. Flashy yet polished, Franco looks destined for stardom regardless of this postseason, but it could speed his ascent into the conversation for best player in baseball.

Another Ray to watch: rookie right-hander Shane Baz, who was 2-0 with a 2.03 ERA in his first three big-league starts in September to potentially force his way into Tampa Bay’s postseason rotation.

Tyler O’Neill, OF, St. Louis Cardinals: The son of a champion bodybuilder, the stoutly built O’Neill muscled the Cardinals to a franchise-record 17-game winning streak in September.

He clubbed 13 homers over the final 31 games with an NL-most 30 RBIs in that time. After hitting 21 homers combined in his first three big-league seasons, the 26-year-old Canadian had 34 to form a dangerous mid-order trio with All-Stars Paul Goldschmidt and Nolan Arenado.

Austin Riley, 3B, Atlanta Braves: Riley stepped up bigger than any other Braves player after Ronald Acuña Jr.’s season-ending knee injury in July.

The 24-year-old slugged his way into NL MVP consideration with 33 homers, 107 RBIs and an .898 OPS, production fueled by a .333 batting average in the second half. Riley slumped in the spotlight last October, hitting .143 while Atlanta lost the NLCS to Los Angeles in seven games.

He came back for 2021 showing his best form yet for the four-time defending NL East champs. A redemptive postseason could translate to Atlanta’s first World Series appearance since 1999.

Luis Garcia, RHP, Houston Astros: The Astros are still led by many of the same stars as their tainted 2017 title team—Altuve, Carlos Correa, Alex Bregman, and Yuli Gurriel—but their 2021 aspirations rely largely on the 24-year-old Garcia.

A 6-foot-1 rookie with tree-trunk legs, Garcia was 11-8 with a 3.30 ERA over 30 games, including 28 starts. With Justin Verlander out for the year following Tommy John surgery and Zack Greinke likely pushed to the bullpen following a late-season injury, Garcia might slot behind Lance McCullers Jr. in a critical spot for a young rotation.

A castoff by the Minnesota Twins, Wade worked his way into regular duty and contributed several big hits as the Giants ended the Dodgers’ reign as eight-time defending NL West champs.

Wade went 13 for 23 with 12 RBIs in ninth-inning at-bats, including a walk-off hit to sink Arizona on Friday night. A day later, he was given the team’s Willie Mac Award, an honor voted on by players, coaches, staff, and fans to recognize the club’s most inspirational player.