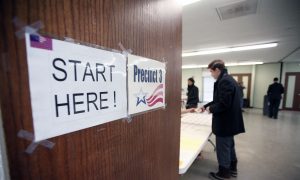 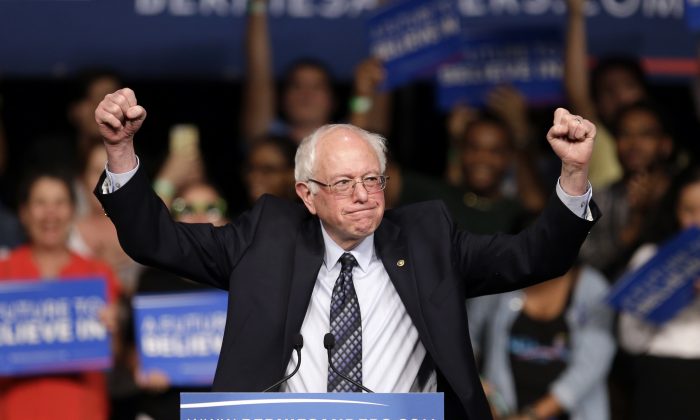 Bernie Sanders’s victory in the Michigan presidential primary has stunned America’s political establishment. He not only defied the polls, which had put him behind by as much as 20 points, but he has also “changed the race” by once again challenging Hillary Clinton’s seemingly clear path to the Democratic nomination.

Only a week before, she won a decisive victory over her insurgent rival on Super Tuesday, expanding her lead among party delegates to a margin never enjoyed even by Barack Obama in 2008. Now, it’s clear she will have to fight Sanders hard for weeks and possibly months to come.

Meanwhile, on the Republican side, outsider candidate Donald Trump continues to rack up crucial victories and delegates even against the party’s increasingly unified efforts to stop him.

Despite their diametrically opposed ideologies, Trump and Sanders share an anti-establishment appeal that continues to resonate with voters across the country. And if Super Tuesday simply affirmed the inevitable, this Tuesday showed that anything was still possible.

Indeed, the mere fact that a self-professed democratic socialist is even nationally competitive reveals that the times are changing in ways that will resonate long after this election, whatever the outcome for Sanders’s candidacy. Looking past the election, it appears that established political “inevitabilities”—another Clinton presidency or the dominance of centrist politics in general—may not be so inevitable for very long.

But for a few moments in the last several dramatic months, Clinton’s nomination has been considered a racing certainty. The opposition of Sanders (and the all-but-forgotten Martin O’Malley) was more a formality than a genuine threat. Many pundits and critics alike referred to her candidacy as a “coronation.”

The popularity of Trump and Sanders is a backlash against the status quo and its predictable politics. As the renowned moral philosopher Michael Sandel observed:

“Despite their ideological differences, Sanders and Trump are tapping into similar sources of discontent. Both speak to Americans’ sense of disempowerment in the face of big money and unaccountable power. And both are critical of mainstream politicians, both Democrats and Republicans, who have over the last three decades become captive beneficiaries of the system.”

Fundamentally, the ascendancy of Sanders and Trump challenges any sense of inevitability or even predictability. Trump regularly violates once-accepted boundaries of political correctness whether by calling Mexicans rapists, proposing a ban on all Muslim immigrants, or accusing a Fox news host of “bleeding out of her wherever.” Sanders has breached boundaries of a different kind by avowing his “democratic socialism”; the passionate support he has roused reflects the hope that a different, more progressive political and economic system is possible.

Perhaps the most significant aspect of Sanders’s run for the presidency is that it has critically turned the idea of inevitability from a certainty into a question. No longer can assumed truths about domestic and foreign policy be taken at face value. Even successful centrist candidates like Clinton are having to explain why “radical” policies such as true universal health care (which she herself once boldly tried and failed to see implemented) or free college education are impossible.

Clinton and Sanders represent two different visions of 21st-century politics. She and her establishment Democratic Party kin stand at the proverbial “end of history.” Progress, to them, is a matter of incremental and technocratic change, not political revolution. While there are always battles to be fought with conservatives—against entrenched racism, for women’s reproductive rights, to reduce the human costs of a “rigged economy”—the war has been lost, and triangulating between possible outcomes is the only way forward.

Is Bernie Sanders Really a Socialist? And How Could He Like Denmark?

But as Sanders’s success reveals, a growing number of citizens are rejecting this vision and the constricted boundaries of possibility it forces those on the left to live in.

That much is clear even from their chosen terminology: Far from running from the term “liberal,” a powerful slur since at least the Bill Clinton years, Sanders’s supporters are willing to embrace the self-proclaimed radicalism of “democratic socialism.”

They are not content to be told what cannot be done. And for good reason. In the past decade alone, things once thought impossible are becoming mundane facts of American life. Gay marriage, supported by neither Hillary Clinton nor Barack Obama in the 2008 campaign, is now a constitutional right. Marijuana has been legalized or decriminalized in a growing number of states. The first black president was elected and re-elected.

The Clinton “firewalls” in Nevada and the South have largely held, perhaps thanks to the belief that a dependable politics-as-usual is better than a hoped-for-but-uncertain revolution, especially when confronted with the prospect of an opponent like Trump. But by repeatedly bouncing back, Sanders is posing a profound political question that could resonate far beyond this election: Can America defy the inevitable?

Peter Bloom is a lecturer in organization studies at the department of people and organization at The Open University in the U.K. This article was originally published on The Conversation.