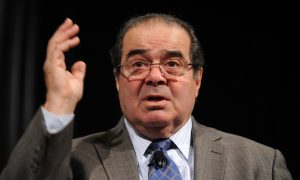 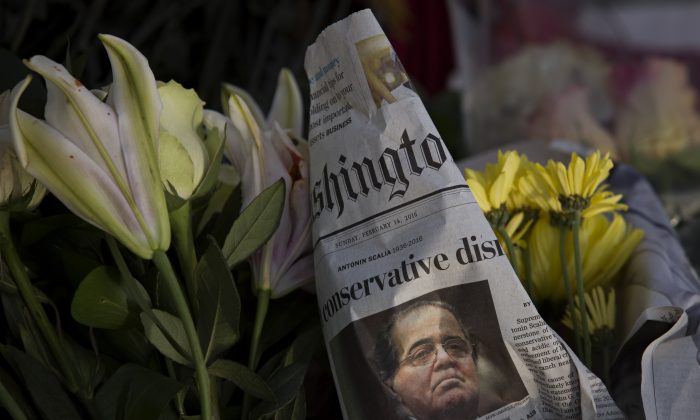 US Supreme Court Justice Antonin Scalia has died at the age of 79. He leaves behind a legacy of intelligent rhetoric and landmark opinions, and the court has lost a larger-than-life personality. His death has also prompted a fierce debate, with US presidential candidates and elected officials already at loggerheads over what happens next.

Ordinarily the president would choose a nominee and the Senate Judiciary Committee would review the candidate before sending the issue to the full Senate—currently Republican-controlled—which would either support or oppose the nomination. Once confirmed, the nominee would be expected to serve for life. The lifelong term was created to keep high court deliberations far from political influence, so the process of choosing a justice is a very political one indeed.

Scalia’s departure has robbed the court of its most vocal conservative justice. Filling his seat is not merely about finding someone worthy and capable; it’s about the likely tilt of the high court’s decisions. And President Obama’s opponents know that all too well.

Obama has only 11 months left to serve, and many of his Republican opponents are arguing his “lame duck status” means he shouldn’t nominate a replacement justice. But a look at Scalia’s influence on the court reveals this to be a primarily political preference. This graph shows 27 landmark Supreme Court decisions over his 29-year tenure.

The circles in the chart above represent Justice Scalia’s voting position in each case. If the circle is in the red lower half of the chart, he was in the minority; in the green upper half, he was in the majority. A circle level with the number 6 means he was the sixth justice in the majority of a 6:3 vote; level with 4 and he was the fourth justice in the minority of a 5:4 vote.

For example, in 2008, Scalia wrote the court’s opinion for District of Columbia v. Heller, a landmark 5:4 decision protecting the right to possess firearms for “traditionally lawful purposes” such as home defence. Without him, the vote could have gone a very different way. The Heller decision will be the law of the land until another case causes the Supreme Court to overturn Heller.

President Obama’s opponents are afraid he will try to replace this guaranteed conservative vote with a guaranteed liberal one, or at least a moderate swing voter. They are duly calling for the Republican-controlled Senate to block any nomination, claiming presidents do not appoint justices in the final year of their term. But that’s simply untrue; it has happened five times in the past century.

These opponents fail to mention that President Obama is constitutionally obliged to choose a nominee. The Senate, meanwhile, is obliged to review a nominee and give “advice and consent” regarding the nomination—not to hold out for another nominator whose political leanings it prefers.

As Republican Senator Lindsay Graham said when he voted to back Obama’s first Supreme Court nominee, Sonia Sotomayor, “elections have consequences“. For all that the marathon election cycle might sap an outgoing president’s influence, Obama still has 25 percent of his second term left to serve. And Graham is also trying to persuade current Republican Senators that a Republican win in the presidential election is too uncertain to make stalling a good idea.

The court is about halfway through its current term, and a lot of important cases are yet to be heard and decided.

On March 2 the court will hear arguments for Whole Woman’s Health v. Hellerstedt, which considers state restrictions on performing abortions. Four weeks later, the court will hear Zubik v. Burwell, a challenge to President Obama’s universal health care mandate. With only eight justices, there is a good possibility these and other cases will end with tie votes.

In the 1868 decision Durant v. Essex Company, the court determined that “no affirmative action can be had in a cause where the judges are equally divided in opinion…” In other words, in a 4:4 vote, the decision of the most recent court will stand. This is called “the rule of affirmance by an equally divided court“, and it sets aside any petition for the Supreme Court to review a lower court’s decision.

In Whole Woman’s Health, the petitioners claim that Texas legislation adding restrictions to abortion facilities violates the US Constitution. The most recent court ruled the petitioners failed to prove their case; a 4:4 Supreme Court vote would mean that decision remains. Most conservatives would prefer that outcome.

In Zubik, meanwhile, petitioners claim the Affordable Care Act (Obamacare) violates religious freedom by providing contraception to employees through health care. The most recent court decided the petitioners failed to prove their case, so a 4:4 vote would keep that decision intact. Most liberals favor this outcome.

The difference between these and “affirmative” decisions is that the results of a tie do not become the law of the land. Rather than deciding the constitutionality of laws restricting abortion or providing contraception, ties mean these issues remain unresolved at the national level.

If Senate Majority Leader Mitch McConnell and presidential candidates Marco Rubio and Ted Cruz get their way, the court will stall for at least a year until the next president is sworn in and their chosen nominee confirmed. That length of vacancy is unprecedented.

But Obama’s obstructors may not get their wish. The court has already heard arguments, but not yet released opinions, for cases involving the legality of forced unions, racial affirmative action, and electoral redistricting. If the Senate can be overcome, a new justice would guarantee there are no ties.

Denying the court the opportunity to make concrete decisions, meanwhile, is a perverse plan indeed. It would block the court from protecting the Constitution and ensuring Americans are served justice—whether or not one of the two parties agrees with its decisions.

Gina Yannitell Reinhardt is a lecturer at the department of government at the University of Essex in the U.K. This article was originally published on The Conversation.