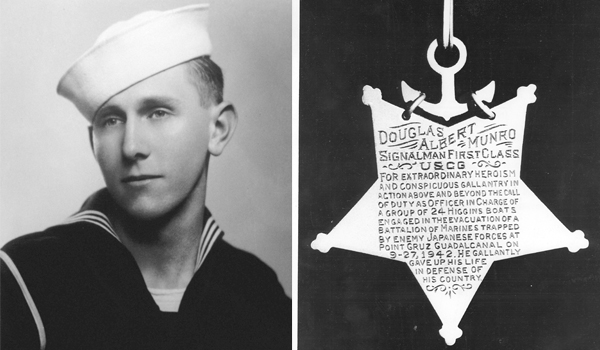 With Honor and Leadership the US Coast Guard Protects America

As detailed on the official U.S. Coast Guard website, “The mission of the United States Coast Guard is to ensure our Nation’s maritime safety, security, and stewardship.”

The vision of this branch of our armed forces is “We will serve our Nation through the selfless performance of our missions.  We will honor our duty to protect those we serve and those who serve with us.  We will commit ourselves to excellence by supporting and executing our operations in a proficient and professional manner.”

The Coast Guard defends more than 100,000 miles of U.S. coastline and inland waterways.

Aside from its role as one of the five Armed Services of the United States, the Coast Guard is a critical first responder and humanitarian service provider.  In this capacity, aid is provided to people in distress or as affected by natural or man-made disasters either at sea or ashore.  These valiant rescue operations and services have been witnessed due to the hurricanes that have recently hit America.

Currently, there are over 56,000 members of the Coast Guard serving America.  This service involves a fleet of 243 Cutters, 201 fixed and rotary-wing aircraft, and over 1,600 boats.

The Coast Guard website cites that on an average day, their service includes the following:

Although there are countless stories of heroism by members of the Coast Guard, a spotlight on a Medal of Honor recipient is worthy of reflection.

First Class Signalman Douglas Albert Munro is the first and only member of the Coast Guard to receive the Medal of Honor.

This medal is the highest and most distinguished U.S. military decoration that can be awarded to a service member for an act of valor.

On Sept. 27, 1942, during World War II, Signalman Munro was assigned to the seaplane tender Ballard, anchored just off Guadalcanal.

Munro’s ship received word that 500 U.S. Marines were pinned down nearby by fierce Japanese resistance at a beachhead known as Point Cruz.

Munro volunteered to lead a group of 24 Higgins boats to evacuate the Marines from slaughter.

Although under heavy machine-gun fire during the response, Munro’s leadership enabled the saving of hundreds of Marines faced with certain death.

Munro, hit with enemy fire, lost his life while saving the detachment of Marines.  His last words, referring to the remaining Marines who were being evacuated were, “Did they get off?”

For his heroic leadership, Munro epitomized the motto of the Coast Guard, Semper Paratus (Always Ready).  He was posthumously awarded the Medal of Honor as well as the Purple Heart, and numerous other decorations.  Engraved on his Medal of Honor is the testimony to his greatness:

“For his extraordinary heroism and conspicuous gallantry in action above and beyond the call of duty … he gallantly gave his life in defense of his country.”

America is only the “land of the free and home of the brave,” because of all who selflessly protect our freedom, liberty, and cherished way of life.

To all members of the Coast Guard who protect us—praise to you, good, faithful, and always prepared servants of America.