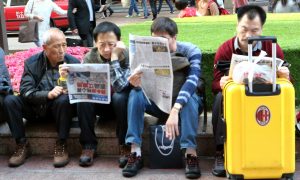 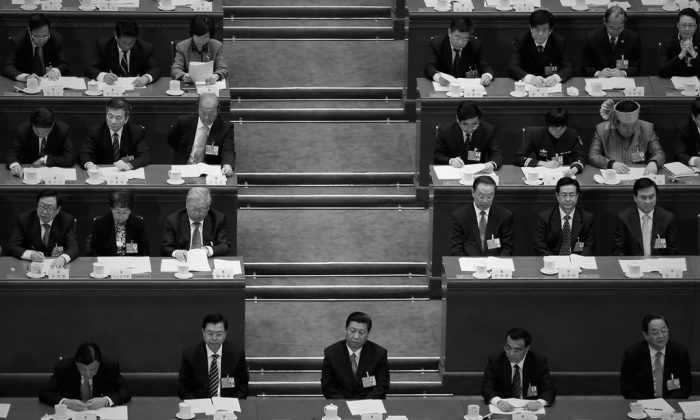 With Cyberattacks Against Epoch Times, the Party ‘Sends Its Regards’

When top Chinese communist officials wage political warfare against one another, they don’t take kindly to the nosy intrusions and interpretations of the media.

Just a few days before regime mouthpiece Xinhua announced on Dec. 5 that Zhou Yongkang, the former boss of China’s powerful security forces, had been charged with crimes ranging from multiple counts of adultery to disclosure of state secrets, hackers, suspected of acting on behalf of Chinese authorities, orchestrated a barrage of cyberattacks against the Chinese website of the Epoch Times.

The cyberattacks, which began on Dec. 1 and lasted nearly a week, are the latest in a long list of hacking operations mounted by the Chinese regime against the Epoch Times Chinese edition since it was founded in 2000, according to technical staff.

Similarly, when the Chinese authorities publicly announced Zhou Yongkang’s investigation in late July this year, the Chinese publication of the Epoch Times was hacked and Web service was intermittent for several days.

While precise attribution of cyberattacks can be difficult, the newspaper’s technical staff and executive editors believe that the attacks, which aim at preventing access to the epochtimes.com website by the public, have all the hallmarks of a Chinese state-led cyberoperation, they said in interviews.

In particular, the timing of the attacks is often predictable: they spike during periods of Chinese Communist Party infighting, when readers in China are looking for uncensored and unvarnished reportage, commentary, explanation, and interpretation of events as they are unfolding.

An article titled “Unmasking Zhou Yongkang’s Brutality—A Bloody History,” may have been part of the catalyst for the attack. The piece, which details the former security czar’s links to the harvesting of organs from living prisoners of conscience, was popular on the Chinese version of the website, and likely strikes a nerve for Party leaders. Even as they purge Zhou for allegations of corruption, the worst crimes he carried out in his position are never mentioned. This is a common pattern in Chinese communist political history: the system is able to exact revenge against guilty individuals, but the Party’s systemic abuses are not addressed, nor is its political persecution of groups deemed to be enemies.

One of these “enemies” is Falun Gong, a spiritual practice rooted in Chinese traditional beliefs that became enormously popular in the 1990s and was targeted in 1999 by then-leader Jiang Zemin. Fearful that the revival of Chinese spirituality would render the Party’s ideology irrelevant, Jiang poured massive political and financial resources in what became the brutal and ongoing campaign to exterminate Falun Gong.

In early 2012, during the purge of Bo Xilai, a charismatic official and ally of Zhou Yongkang, denial-of-service attacks from China again hit the Epoch Times. Like Zhou, Bo was heavily involved not just in the run-of-the-mill corruption and womanizing that is now getting thousands of Party officials in deep trouble, but he was also an enthusiastic soldier in Jiang Zemin’s (and the Party’s) war against Falun Gong.

Once posted in China’s northeastern province of Liaoning, where the spiritual group is persecuted especially brutally, Bo is believed to have enabled and facilitated the harvesting of organs of Falun Gong practitioners, and even the use of their bodies to be plastinated and sold to human biology shows, according to the research of American investigative journalist Ethan Gutmann, documented in his new book “The Slaughter.”

Even as the present communist administration, wishing to diminish the power of the deeply rooted political clique set up by Jiang Zemin in the 1990s and 2000s, purges high-ranking figures such as Zhou Yongkang, the leadership has shown little appetite for thoroughgoing reform, or exposing the extent of the violence of the Party’s political campaigns. Such revelations would likely undermine the remaining legitimacy of the Party, and so its political control.

When it is not the subject of cyberattacks, the Epoch Times Chinese website’s coverage of communist political intrigue generates strong interest, both in the Chinese diaspora and inside China, where Internet users employ Internet circumvention software to access the website. Traffic often doubles around periods of political struggle.

Epoch Times technical staff has by now become accustomed to the intrusions. As one member of the technical staff remarked wryly after the recent attacks, “The Communist Party has come to send its regards.”