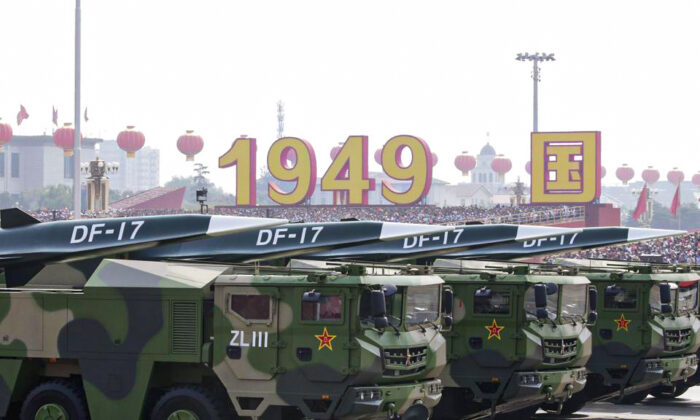 With China, Russia, and Iran, US Needs to Show Political Will

As Winston Churchill famously said, “No war would have been easier to prevent than this one” (World War II).

No one seriously anticipates war between the United States and China or Russia, in the sense of a declared war to be conducted until one side surrenders, but the deterioration of relations with those countries could be stopped.

Because of Adolf Hitler’s endless acts of bad faith and compulsive aggression, and the barbarous incivility of Japan’s sneak attack on Pearl Harbor and throughout the Pacific area, a war of total victory, at least on the Allied side, ensued.

It is true that Josef Stalin would have made a separate peace with Hitler, and implausibly resurrected the Nazi–Soviet pact Hitler had violated by hurling 200 divisions into Russia with no warning and no claimed provocation. But Stalin would only have done so if he had concluded that the Western allies weren’t serious about opening a second front and ensuring the ultimate defeat of Germany. He wasn’t prepared to conduct total war with Germany for the delectation of the Anglo-Americans.

What we have now with China and with Russia are distinctly different cases of countries aggressively seeking greater influence in the world and particularly on their own borders, and steadily flexing their muscles while seeking to avoid arousing the United States and its bedraggled alliances to a confrontational response.

China is a vastly more serious challenge than Russia. It has already accomplished the greatest feat of economic self-elevation of any nation in history. Of course, that accomplishment has been very uneven. Premier Li Keqiang recently said 600 million Chinese live on less than 1,000 yuan ($157) a month. At the same time, enormous wealth is concentrated in the hands of well-placed Communist Party members. Economic growth has been gained at the cost of extreme environmental degradation, and it has been accompanied by extensive human rights violations and the creation of a police state more comprehensive than any heretofore imagined.

It’s the only country that at times in its past was one of the world’s greatest nations and then descended into disorganization, weakness, and foreign condescension only to be revived from such a state of vulnerability to become a great power in the world again.

When Mao Zedong won the Chinese Civil War in 1949 and occupied Beijing, he uttered the famous words “China has stood up.” So it has, but as Defense Secretary Lloyd Austin said in an interview last week, it’s also true that “China is not 10 feet tall.”

China is not remotely as strong a country as the United States, and the current apparent narrowing or even elimination of superior American power and influence as China seeks to undermine and surpass it is a function of disparity of leadership and governmental cohesion.

Because of the fanatical obsession of the bipartisan political establishment in the United States to defeat and evict Donald Trump and his followers and his policies, a coalition was formed for that purpose that was so broad that it included extremist anti-American elements generally grouped under the rubric of “wokeness,” and specifically including African American extremists seeking massive transfusions of outright Danegeld to compensate them for what Mr. Lincoln called “the bondsman’s 250 years of unrequited toil,” the legacy of slavery.

These elements have explicitly threatened that “there will be riots, there will fire, and there will be bloodshed” if they don’t get all they want (the recent words of Black Lives Matter’s New York leader, Hawk Newsome). To the extent that these extremists are denied anything, the response is the reflexive charge of “racism.”

This anti-Trump coalition suffered from trying to bridge traditional centrist Bush–McCain–Romney and anti-Trump Republicans all the way out to the large swath of the media, the Academy, Big Sports, and Hollywood, which are overtly anti-American, and from there on out to a significant minority of white-hating African Americans.

The governing coalition is a Tower of Babel that has great difficulty achieving a consensus on anything, a condition aggravated by the apparently declining powers of concentration of President Joe Biden. Biden was only chosen by the Democratic Party elders after faltering in the early primaries, to avoid the apparently unelectable alternative of the outright socialist Sen. Bernie Sanders (I-Vt.).

Biden has a long history of being pro-Chinese, and that’s without factoring in the generous and highly inappropriate payments the Biden family has received from China for unspecified services.

These are entirely temporary circumstances, but they have emboldened the Chinese regime to tear up the treaty it had subscribed over Hong Kong with the United Kingdom, one of the world’s most respected nations. Moreover, the regime hasn’t shown any disposition to relax what amounts to a long-term genocide against the Uyghur minority, to end its constant persecution of all religions, or to stop its aggressive military skirmishing in the Himalayas with India. Nor has the regime dropped its absurd claims of territorial waters in the South China Sea, and it threatens to abrogate the 1972 Shanghai agreement with President Richard Nixon. That agreement asserted the principle of a united China including Taiwan, but with the assurance that China wouldn’t try to reunify China coercively and that the United States wouldn’t encourage the complete separation of Taiwan from China.

The facts remain that China, compared to the United States, is resource-poor, chronically aged (because of its insane one-child policy), has no political institutions that function well and are trusted inside or outside China, and no statement or number published by the People’s Republic that can be believed. It’s well advanced to becoming the most technologically totalitarian regime in history, with the ability to locate every single person in the country within a few minutes.

It remains a corrupt regime with all the long-term instabilities of dictatorships, made more complicated by the fact that it purports to be a communist society while promoting state and monopolistic capitalism.

The importance of Defense Secretary Lloyd Austin stating that the United States wouldn’t be intimidated by the relentless bellicosity of the Chinese over Taiwan is encouraging. The United States appears to have fallen behind China and Russia in hypersonic missiles and to have failed to produce adequate defenses for its aircraft carriers, but these deficiencies can be made up quickly and can be substituted for in other areas where the United States remains superior.

As Mr. Churchill said of World War II, all that is required is to convince the Chinese that attempted coercive absorption of Taiwan will lead to unjustifiably costly consequences, not excluding an attack on what would be a very vulnerable invasion force plodding across 130 miles of open water.

It’s a much different and simpler problem with Russia, which has a GDP smaller than Canada’s and couldn’t conduct a general war in Ukraine against serious opposition for very long. As with China and Taiwan, there’s some truth to the Russian claim that Ukraine is not really an independent state. It was a part of Russia for about 200 years and its ethnicity is a not fully homogenized melange of foreign influences.

There may be as many as 10 million Ukrainians who would rather be Russians, and if that’s the case, it should be addressed by a genuine referendum. As most of the Russians in Ukraine live on the Russian border, the natural solution would be to allow Russian Ukraine to join Russia and the balance of Ukraine to join NATO and the European Union, and then for Ukraine to accept and discharge the consequent obligations to behave like a sophisticated and accountable Western democracy, a level of administration Ukraine has not approached.

Exacting such a compromise will take more agile and purposeful leadership than is now found in Washington, and it will also take some resuscitation of Germany from its current status, in Nixonian terms, as the “pitiful helpless giant” of all Europe.

All that is required is a little firmness, not a strong point of the palsied Biden regime. This will require increasing the delivery of sophisticated armaments to Ukraine and Taiwan. It may also require, since the talks with Iran appear to have broken down, to stop this insidious Iranian pursuit of nuclear weapons by a conventional military strike that destroys their program. These measures will be enough peace-through-strength to keep a lid on the world until the next American presidential election produces a more purposeful administration.