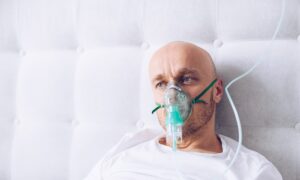 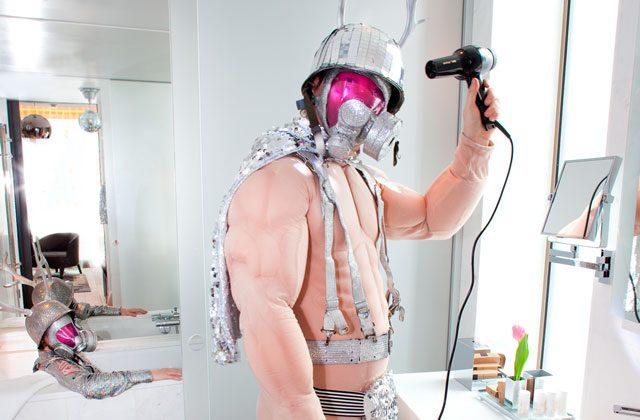 There's even a disco-ball in the bathroom (Photo: TheThief.com & Evy Andersen)
News

With Apparatjik, The Thief Steals the Thunder from All Norwegian Hotels

The Thief, a hotel we featured not long ago for an industry changing idea revolving around pay-tv-porn movies, is now again in focus, with a guest experience like no other.

The luxury hotel, renowned in Oslo and abroad for its unique design, art and food, has just added a new suite to its existing 171 suites and rooms: introducing “the world’s most eclectic hotel-suite,” Apparatjik World, named to honor one of the most iconic music groups of the moment in Norway.

Apparatjik, the group, has four members: Guy Berryman from Coldplay, guitarist/keyboardist Magne Furuholmen from A-ha, singer/guitarist Jonas Bjerre of Mew and producer Martin Terefe. The new hotel suite at The Thief is designed by them to reflect their art and music, lifestyle and a out-of-this world experience.

In fact, from the look of the first exclusive pictures released today, the experience is “insane.” The band wanted to reach new heights of otherworldly mayhem with this suite, and the experiences promises to deliver.

“At THE THIEF we are passionate about creating new spaces and design to give our guests a new hotel experience,” The Thief Executive Officer Espen Karlsen told Epoch Times. “The term hotel design has often been associated with bad taste, copying each other and mass production of hotel rooms. Redefining hotel design is about giving the guests quality experiences and perhaps changing their perception of reality for a brief moment. Just enter a different world for the night. By creating different hotel room experiences we cater to all our guests needs, whether you want to try something new or still return to well known. At THE THIEF we aim treat guests like rock stars and rock stars like guests.”

The suite shines with disco fabrics and features a projector in the ceiling which shows cryptic Apparatjik videos. There is a disco-ball in the bathroom and pixelated carpets on the floor, leaving no doubt as to who is responsible for the interior. In addition, the suite is adorned with signed original prints by the four members. The suite is also equipped with a record player and some of Apparatjik’s own music, as well as an extensive selection of vinyl’s by the group’s favorite artist; psychedelic jazz cult-figure Sun Ra.

Then push the experience a bit further, and imagine a hotel room where you can get to listen to exclusive music, not available anywhere else, not only from Apparajtik, the band, but also from other attention-worthy artists. In fact, according to Magne Furuholmen, composer of one of the world’s most iconic hit-songs of all time, “Take On Me,” the Apparatjik suite is much like a radio channel guaranteed to have the fewest listeners in the world.

And by the way, if you want one of the four Apparatjik group members to join you in bed at night, there’s even a projected version of him available to keep you company.