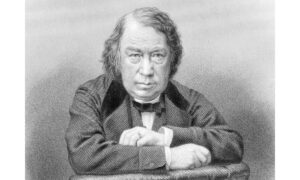 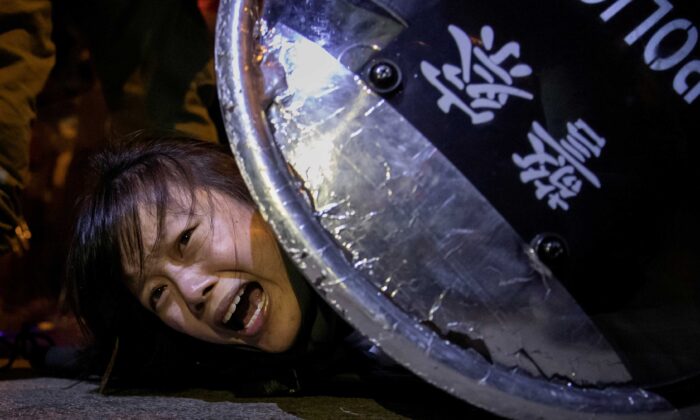 An anti-extradition bill protester is detained by riot police during skirmishes between the police and protesters outside Mong Kok police station, in Hong Kong, on Sept. 2, 2019. (Tyrone Siu/Reuters)
Viewpoints 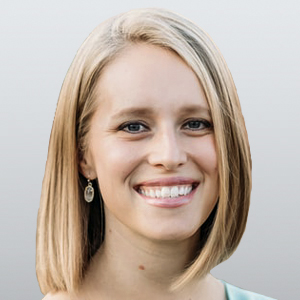 President Donald Trump is right to take steps to revoke Hong Kong’s special trade status, but not for the reasons that Secretary of State Mike Pompeo, Sen. Marco Rubio (R-Fla.), and other democratist hawks believe.

Involving Hong Kong in the “trade war against China,” will, in the short term, escalate Sino-American tensions, but could, in the long term, if joined to other policies in the same vein, help to extricate us from “foreign alliances, attachments, and intrigues,” to borrow the language of George Washington’s famous Farewell Address.

Pompeo’s announcement to Congress that Hong Kong is no longer autonomous from China is doubtless an act of saber rattling in the name of democracy rather than a move motivated by a desire for greater national economic sovereignty and fewer unnecessary foreign entanglements, but it could nonetheless have that effect under Trump.

Trump has thus far shown little interest in involving the United States in the plight of Hong Kong, however noble it may be. We may hope that Trump, if not his administration, is beginning to buck the trend of nearly every U.S. president since William McKinley and is asking himself what benefit there is to U.S. national interests in our involvement in another’s nation’s cause for liberty.

The time is ripe to break the spell of liberationist interventionism that has long enchanted the crafters of U.S. foreign policy. This begins by turning this potential flashpoint with China over Hong Kong into a component of American retrenchment and a move toward greater economic nationalism, rather than an economic sanction in the name of an ideological goal.

The outbreak of the novel coronavirus has made it abundantly clear that economic and political retrenchment is in order. From the nurses and doctors in need of PPE to drug manufacturers unable to get life-saving supplies, we are witnessing the dangers of offshoring our manufacturing—to say nothing of the towns and lives destroyed by the policies that have encouraged the exportation of American jobs.

Trump has already taken steps to protect U.S. businesses from Chinese interference, universities are beginning to crack down on the Chinese Communist Party cells that have infiltrated their campuses through the auspices of “Confucius Institutes,” and corporations are taking a second look at offshoring, having seen the fragility of a global supply chain.

Even before the outbreak of COVID-19, these trends were apparent with the ascendency of so-called populism in the United States and Europe. Now, it has become even more evident that national sovereignty is not only the sine qua non of the state but also a basic expression of human nature.

The speed with which borders around the globe closed, despite vociferous warnings from the enlightened political class that such actions constituted xenophobia, racism, etc., demonstrate the flimsiness of the “global community” construct in the face of serious threats to the well-being of a nation.

The nation-state is not giving way to an “international community” but is demonstrating its relevance and purpose as the entity that foremost protects and administers to its own people. The death on arrival of Wilson’s League of Nations in the form of World War II should have already taught us that lesson, but another global calamity, it would seem, must teach it to us once again. Let us hope that calamity is merely the pandemic and not World War III.

Hong Kong is no exception to the rule of the nation first. But neither is the United States. If tensions were to further escalate between Hong Kong and China and Hong Kong was to assert its independence, even at gunpoint, would the United States intervene? Would it sell arms and aid the enemy of a nuclear-armed China? These are considerations for Trump and his foreign policy team.

A great American statesman cautioned Americans against “going abroad in search of monsters to destroy.” America is “the well-wisher to freedom and independence of all. She is the champion and vindicator only of her own,” John Quincy Adams said in 1821.

This speech has been in the limelight as ideas of a more restrained foreign policy have become ascendant in the United States. And for good reason. The last 70 years of wars fought in the name of “liberation” have demonstrated the real, concrete meaning of Quincy Adams’s prophetic words, which warned that by waging war on behalf of others, even in the name of freedom, “the fundamental maxims of [America’s] policy would insensibly change from liberty to force. The frontlet upon her brows would no longer beam with the ineffable splendor of freedom and independence; but in its stead would soon be substituted an imperial diadem, flashing in false and tarnished lustre the murky radiance of dominion and power.”

International Relations “realists” have long argued the futility of meddling on behalf of a foreign people’s liberation. Yet few have traced this impulse in the American foreign policy psyche to its deep origins in our roots, in figures such as Thomas Jefferson and even, at times, in Quincy Adams, and many others.

Earlier in Quincy Adams’s July 4 speech he echoes the general sentiment of Jefferson and others that the form of government that the United States took was “the only legitimate foundation of civil government.”

“It was the corner stone of a new fabric,” Quincy Adams said, “destined to cover the surface of the globe.”

This type of dialectical democratism is arguably the seed from which our foreign policy of interventionism has grown. Jefferson’s oxymoronic vision of America as an “empire of liberty” portends such a legacy as we now have. Woodrow Wilson, another great democratist, seemed to believe that taking America to war fulfilled Quincy Adams’s belief about the Declaration of Independence, that it “demolished at a stroke the lawfulness of all governments founded upon conquest.”

To assert that any government that deviates from the form of government of the United States is dangerous. It beckons the would-be saviors and humanitarian crusaders to lobby on behalf of the benighted peoples of the world, which must always be among us. It is easy to see how the American sentiment of well-wishing, when backed by a philosophy of history that imagines democracy as the inevitable course of the globe, evolved into armed intervention in support of that imaginary destiny.

Trump should be a well-wisher to the freedom and independence of Hong Kong. He should not entangle this nation in yet another affair of a foreign country struggling against an oppressor, which the Chinese Communist Party, to be sure, is. It is time to put the nail in the coffin of interventionism, the failed grand strategy of the 20th and early 21st centuries, and to turn to another of our foreign policy strategies, limited engagement.