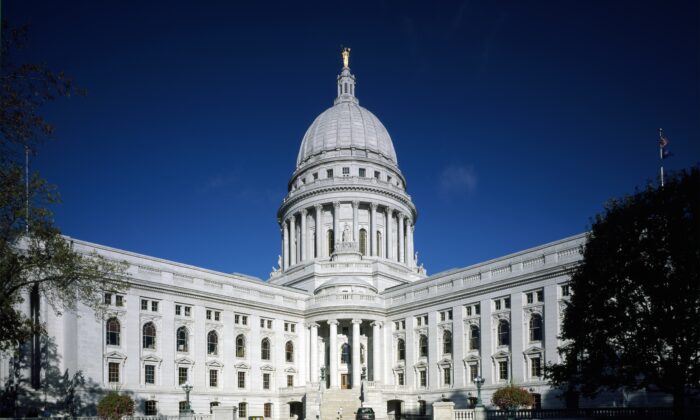 The Wisconsin State Capitol, which houses both chambers of the Wisconsin legislature along with the Wisconsin Supreme Court and the Office of the Governor, in Madison. (Carol M. Highsmith via Wikimedia Commons/Public Domain)
Education & Family News

The Supreme Court of Wisconsin has ruled that the Madison Metropolitan School District (MMSD) may continue enforcing a policy that prevents school authorities from divulging a student’s transgender identity to their parents without the student’s permission.

In 2018, the MMSD introduced a policy according to which transgender, gender non-conforming, and nonbinary students were considered to be at risk of losing financial or emotional support from families if they reveal their sexual orientation or gender identity. As such, school staff were required to only refer to students using the name and gender registered in the school’s internal system when communicating with parents. To do so otherwise was prohibited unless the staff received permission from the student.

A group of 14 parents sued the school over the guidance, represented by the Alliance Defending Freedom (ADF) and Wisconsin Institute for Law & Liberty (WILL), arguing that MMSD’s policies violated parental rights. In 2020, Judge Frank Remington of Dane County sided with the parents and instructed the school district to halt the controversial guidelines.

On July 8, the Wisconsin Supreme Court reversed the decision. The majority opinion, authored by Justice Brian Hagedorn, allowed MMSD to enforce the transgender student policy while the case moves through the lower courts. The Supreme Court also rejected the plaintiff’s request to keep the identities of the suing parents a secret from opposing counsel.

In a statement, Chris Donahoe, staff attorney for the American Civil Liberties Union (ACLU) of Wisconsin, praised the court decision for protecting the sexual and gender identity of youth.

“Young people have various reasons for delaying sharing aspects of their identities with their parents—some are not ready, some may fear rejection, condemnation, or worse—whatever the reason may be, it should be respected,” Donahoe said.

In the dissenting opinion, Justice Patience Drake Roggensack blamed the majority opinion for not addressing the critical issue on which the case rests: “the constitutional right of parents to raise their children as they see fit.”

Roggensack insisted that the court should have granted the parents’ request for a temporary injunction that enjoins the school district from (a) enabling students to socially transition to a different gender identity without consent of their parents, (b) prohibiting staff from telling parents about their children’s gender identity concerns, and (c) deceiving parents by using different names and pronouns in front of them than what is used at the school.

“The majority opinion defends abdication of its responsibility to address parents’ constitutional arguments by attacking the dissent’s support of parental rights,” Roggensack wrote in the dissenting opinion.

“I conclude that the circuit court erred in not granting the temporary injunction that was requested in February of 2020. Because the majority opinion chooses not to decide the controversy presented, I respectfully dissent.”

Roggensack also criticized the majority opinion’s insistence that parents cannot use pseudonyms in the lawsuit, pointing out that parental names are “not relevant” to vindicating the “constitutional right” of parents to raise their children according to their beliefs of what is in the interest of their kids.

The suing parents had argued that they would be subject to intimidation and threats should their names become known.