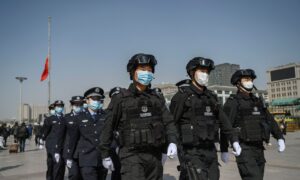 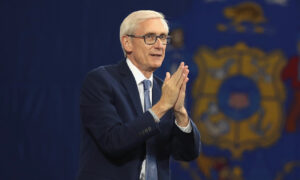 A judge holding a gavel. (iStock)
US News

The Wisconsin Supreme Court on Wednesday blocked an order to extend Gov. Tony Evers’s (D) statewide stay-at-home order amid the CCP virus crisis, ruling most of it as “unlawful, invalid, and unenforceable,” and that Andrea Palm, Secretary-designee of the Wisconsin Department of Health Services, had “exceeded her authority” in issuing the order.

The ruling (pdf) means that businesses and restaurants can effectively reopen immediately. But local governments can still order their own health restrictions. Officials in Dane County, home to the capital city of Madison, have already issued a replacement stay-at-home order with most of the original statewide order. Meanwhile, city health officials in Milwaukee County said a stay-at-home order they enacted in late March remains in effect.

The Supreme Court did not strike down the part of Palm’s order that mandated closing public and private K-12 schools, which will remain closed for the rest of the academic year.

The ruling came after the Republican-controlled Wisconsin Legislature on April 21 challenged Palm’s emergency order (pdf), arguing that the order “exceeds DHS’s statutory authority.”  The legislature asked Supreme Court justices to block the order but also asked them to stay their ruling for at least six days. But in a 4-3 decision, the court said it would have its ruling take effect immediately in overturning Palm’s Emergency Order 28 (pdf).

“We perceive this request [to stay the injunction for at least six days] as being grounded in a concern for an orderly transition from Order 28 to a lawful rule,” the majority decision read.

“However, more than two weeks have passed since we began our consideration of this case. Therefore, we trust that the Legislature and Palm have placed the interests of the people of Wisconsin first and have been working together in good faith to establish a lawful rule that addresses COVID-19 and its devastating effects on Wisconsin … we place the responsibility for this future law-making with the Legislature and DHS where it belongs.”

The majority decision was written by Chief Justice Patience Roggensack and Justices Rebecca Bradley, Daniel Kelly and Annette Ziegler, all of whom have a conservative voting record. A fifth conservative-leaning justice, Brian Hagedorn, voted with two justices who have a liberal voting record, Ann Walsh Gradley and Rebecca Dallet, in dissenting the decision.

Palm had issued her extension order on April 16, which effectively extended the governor’s “Safer-at-Home” order to May 26. The original order, Emergency Order 12 (pdf), issued by the DHS at the direction of Gov. Evers, took effect on March 25 and was set to expire on April 24.

“This case is about the assertion of power by one unelected official, Andrea Palm, and her order to all people within Wisconsin to remain in their homes, not to travel and to close all businesses that she declares are not ‘essential’  in Emergency Order 28 … This case is not about Governor Tony Evers’ Emergency Order or the powers of the Governor,” Chief Justice Roggensack noted in the majority decision.

Roggensack wrote that the court defined Palm’s emergency order as a “rule” and therefore it “is subject to statutory emergency rulemaking procedures established by the Legislature.”

“[T]he rulemaking procedures of Wis. Stat. § 227.24 were required to be followed during the promulgation of Order 28. Because they were not, Emergency Order 28 is unenforceable … Because Palm did not follow the law in creating Order 28, there can be no criminal penalties for violations of her order,” the majority decision read.

Roggensack noted that Palm had responded that the emergency order was not a rule and is instead “an Order, fully authorized by the powers the Legislature assigned to DHS under Wis. Stat. § 252.02.”

“We do not conclude that Palm was without any power to act in the face of this pandemic,” Roggensack wrote in the decision. “However, Palm must follow the law that is applicable to state-wide emergencies. We further conclude that Palm’s order confining all people to their homes, forbidding travel, and closing businesses exceeded the statutory authority of Wis. Stat. § 252.02 upon which Palm claims to rely.”

“We conclude that Order 28 is a ‘general order of general application.’ The order regulates all persons in Wisconsin at the time it was issued and it regulates all who will come into Wisconsin in the future,” the majority decision stated. “If we were to read the definition of ‘Rule’ as Palm suggests, one person, Palm, an unelected official, could create law applicable to all people during the course of COVID-19 and subject people to imprisonment when they disobeyed her order.”

Gov. Evers said in a statement that “Republican legislators have convinced 4 members of the Supreme Court to throw Wisconsin into chaos, putting public health and lives at serious risk.”

“[J]ust because the Supreme Court says it’s okay to open, doesn’t mean that science does,” the governor wrote on Twitter. “We need everyone to continue doing their part to keep our families, our neighbors and our communities safe by continuing to stay safer at home, practice social distancing, and limit travel.”

“I am disappointed in this decision, but our top priority has been and will remain doing what we can and what we have to do to protect the health and safety of our state. After months of unproductive posturing, I hope the folks in the Legislature are ready to do the same,” he added.

Most retailers in Wisconsin have reopened on May 11 with strict restrictions, including having no more than five customers inside at one time. Drive-in movie theaters were also allowed to reopen. State parks reopened on May 1.

Previously, some so-called nonessential businesses like pet groomers and repair shops were allowed to reopen for curbside pickup and drop-off.