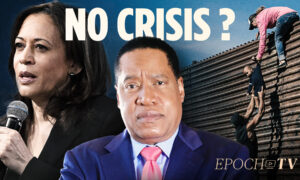 Wisconsin’s Republican-led state Senate approved a measure that would turn the state into a “Second Amendment sanctuary” on June 23, becoming the latest state to do so amid a similar push from GOP governors and state legislatures across the country.

The state Senate passed Assembly Bill 293 on a voice vote, sending the measure to Democrat Gov. Tony Evers’ office. Evers, who has opposed similar legislation, will likely bow to pressure from top Democrats and not sign the measure amid a federal push to enact more gun control restrictions.

If the legislation is signed into law and withstands legal challenges, it would prevent state law enforcement officials from confiscating guns from individuals who were convicted of misdemeanor domestic violence offenses, according to the Milwaukee Journal Sentinel, citing legislature lawyers. If the measure is enacted, a firearm that’s owned in Wisconsin and doesn’t leave the state can’t be subject to federal regulation, the text of the bill reads.

Under the measure, state agencies and local municipal governments wouldn’t be able to use state resources to confiscate guns that are lawfully owned in the state. It would also require firearms that are manufactured in Wisconsin to be stamped with a logo that reads, “Made in Wisconsin.”

Republican supporters of the bill, which was first passed in the Wisconsin state Assembly on June 9, have described it as a “Second Amendment sanctuary” measure.

Amid announcements, orders, and proposals made by President Joe Biden, a number of Republican-led states have passed measures declaring those states to be “Second Amendment sanctuaries,” which have varying regulations and laws that either bar law enforcement from enforcing new federal gun-control laws, prevent state lawmakers or governors from enacting any new laws related to firearms, or both.

The vote in Wisconsin’s Senate comes as Biden announced on June 23 that the federal government will try a new strategy in dealing with shootings and crime across the United States.

“It has spiked since the start of the pandemic over a year ago. Crime historically rises during the summer. And as we emerge from this pandemic with the country opening back up again, the traditional summer spike may even be more pronounced than it usually would be,” he said.

Biden attributed the rise in crime to “gun violence,” a nebulous term that critics have said is an attempt to demonize lawful gun owners, rather than criminals.