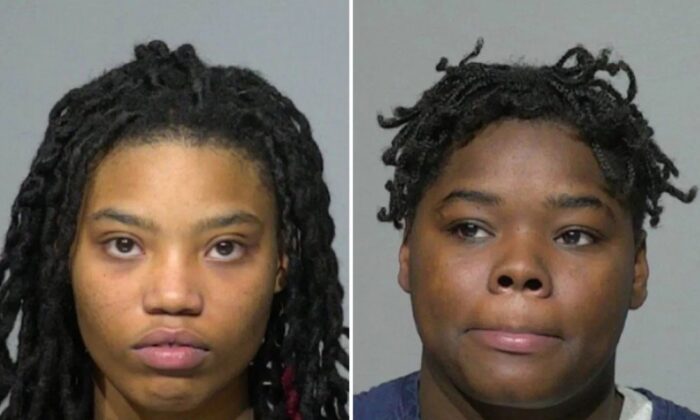 A Wisconsin restaurant worker has alleged that he was shot in the face during a dispute over a $3 hamburger order, saying he thought he was going to die.

“I do remember just laying on the ground and just bleeding out,” said the server, Anthony Rodriguez, during interviews with local media this week.

Rodriguez, who works at a George Webb location in Wauwatosa, said he believed he was going to die after he was struck by a bullet during a Jan. 30 incident.

“I was in so much shock I don’t remember being in much pain, but I remember kind of internally freaking out and being very scared just telling myself, ‘Wow, I’m probably gonna die here,'” Rodriguez said.

Authorities previously identified two sisters, Breanta and Bryanna Johnson, as the suspects in the case.

“They said they weren’t going to pay, and I said, ‘OK, I’m going to take your food since you’re not paying for it,’” Rodriguez told Fox6, adding that the hamburger cost $3. “So I took it and threw it away.”

The server said that he was punched and slammed to the ground before a shot was fired at his head.

“The bullet went through my upper lip and took out my upper teeth and cracked my bottom teeth. Those will have to be replaced. There’s still big fragments in my throat from the bullet,” Rodriguez said, adding that he hopes the suspects “get the judgment that they deserve because it was brutal what they did.”

The Johnsons have since been charged with attempted homicide and are being held in jail on $100,000 bail.