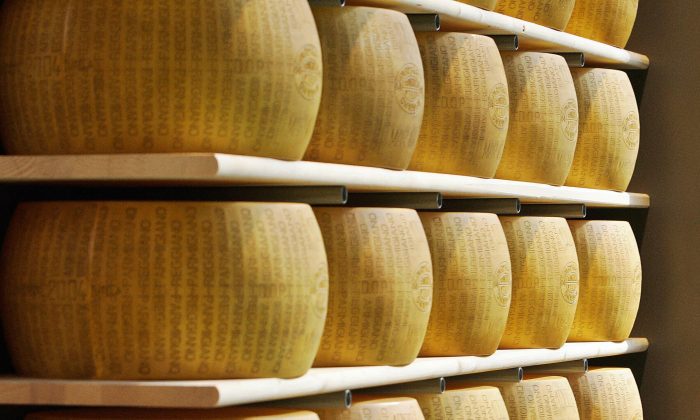 MARSHFIELD, Wis.—For the second time in a week, police in Wisconsin have recovered a stolen load of cheese worth tens of thousands of dollars.

Marshfield Police Lt. Darren Larson says 41,000 pounds of parmesan cheese worth $90,000 was stolen from a Marshfield distributor Jan. 15. A semi picked up the cheese that day, but it never reached its intended destination in Illinois.

Larson says investigators received a tip Thursday that the cheese was likely in Grand Chute. Police in Grand Chute found the entire shipment intact. It had already been unloaded into a warehouse.

A Guy Left a Note in His Glove Box in Case His Car Was Stolen, and Says It Actually Worked

On Monday, police in Germantown said $70,000 worth of cheddar and other cheeses stolen from a distribution center there last week had been recovered in Milwaukee on Friday.

Police haven’t said whether the cases are connected.