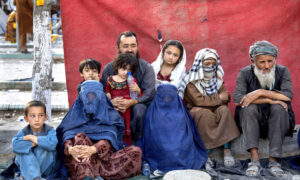 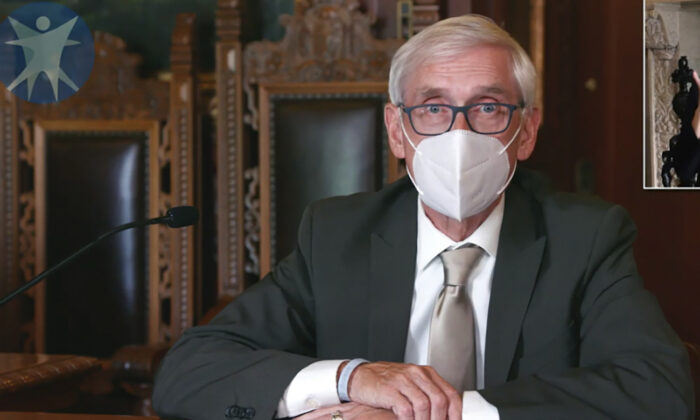 Wisconsin Gov. Tony Evers speaks in Madison, Wis., on July 30, 2020. (Wisconsin Department of Health Services via the AP)
US News

Wisconsin Leaders React to Afghan Refugees Coming to the State

There are more questions than answers about the likely thousands of Afghans who are coming to Wisconsin.

The Pentagon on Tuesday said 22,000 Afghan refugees will be sent to military bases in Texas, Virginia, and Wisconsin. The Wisconsin base is Fort McCoy.

Gov. Evers said he will welcome the Afghans.

“Just as they protected us in serving our country and helped keep our troops safe, we owe it to them to protect and keep them safe,” the governor said in a statement.

No one knows just how many refugees will end up in Wisconsin. And no one knows for sure where they will go after arriving at Fort McCoy.

Rep. Tom Tiffany (R-Wis.) says he has concerns about what we don’t know.

“I am deeply disturbed by reports that as many as 5,000 Afghans per day are headed to the United States—many without valid visas or even basic identity documents. Biden administration officials have said they plan to transport many of these individuals to Fort McCoy in Wisconsin—but have declined to elaborate on how many will come, what screening will be carried out prior to arrival, or what will happen after they land here,” Tiffany said.

Tiffany also said he is worried about a “catch and release” policy that will allow Afghan refugees to essentially walk away from Fort McCoy after they arrive.

Derrick Van Orden, a former Navy SEAL and Republican candidate for Congress in western Wisconsin, said the Biden Administration must answer basic questions after the botched withdrawal from Afghanistan.

“The Biden administration needs to answer the following questions: what processes will be used to ensure that every foreign national entering our state is a former ally? What is the long term plan for the refugees that will be granted asylum? And most importantly, what will be done with the Afghans that are found to have worked with the Taliban? Will they be interned in Guantanamo, or deported back to Afghanistan?” Van Orden asked.

Van Orden said there are thousands of Afghans who worked alongside U.S. troops, including some that he worked with personally, who deserve protection in the United States. But he also said the lack of answers from Washington is alarming.

No one is saying just when the Afghans will arrive at Fort McCoy. Commanders have said they are prepared to “receive” the refugees at any moment.