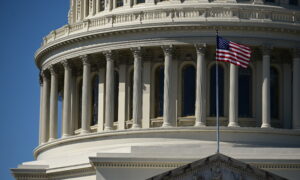 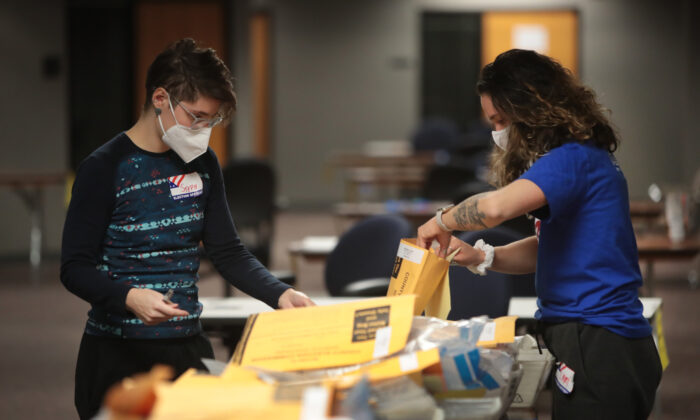 Republican lawmakers in Wisconsin are aiming to stop election workers from fixing mistakes on absentee ballots after the state Assembly’s Committee on Campaigns and Elections advanced a plan this week.

According to the proposal, Assembly Bill 198, only voters or their witnesses would be able to fix mistakes on ballots—and no one else. Republicans have said that such “ballot curing” can lead to fraud.

Election clerks must contact the voter or the witness if they made a mistake on their portion of the ballot. Then the voter or witness would be asked to correct his or her mistake, the text (pdf) of the legislation states.

“Under this bill, if a municipal clerk receives an absentee ballot with an improperly completed certificate or with no certificate, the clerk is required to return the ballot to the voter and post a notification of the defect on the voter’s voter information page on the Internet site that is used by voters for original registration, currently titled MyVote Wisconsin. The bill also prohibits the municipal clerk from correcting a defect in the certificate,” the legislation reads.

Republicans said the bill is designed to safeguard elections in the state.

“Because [absentee voting] is a privilege, there’s got to be some responsibility that the voter has, to exercise that privilege,” state Rep. Donna Rozar told The Center Square. “And I think that responsibility is to do it right and legally.”

Democrat state lawmakers have criticized the proposal, alleging that Republicans are trying to prevent people from voting.

“I don’t care if absentee voting is a privilege. That doesn’t mean you should have to pass a test, or make sure that you dot every I and cross every T,” Democrat state Rep. Lisa Subek said. “If someone makes an innocent, honest mistake, it is appalling that we’re not going to then let their ballot count.”

But state Rep. Janel Brandtjen, chair of the Assembly’s Committee on Campaigns and Elections, said the proposal is designed to shore up rules around absentee balloting and doesn’t infringe on anyone’s ability to vote.

“Election Day is a right, and early voting is still a privilege,” Brandtjen said, according to the news outlet.

According to a post-election report issued by the Wisconsin Elections Commission, “The statewide absentee ballot rejection rate was exceptionally low in November—0.2 percent statewide compared to 1.8 percent in April 2020. Of the 216,490 absentee voters who claimed status of indefinitely confined, 79.6% have provided an acceptable photo ID to receive a ballot since 2016.”

Should the bill get passed by the Wisconsin Legislature, it’s likely that Democrat Gov. Tony Evers will use his veto power to block it. Evers said earlier this year that he would veto more than a dozen election-related bills that had been introduced by Republican state lawmakers, while The Center Square quoted him as saying he would also veto bills that “make it tougher” to vote.

Last week, Republican Assembly Speaker Robin Vos told local media outlets that he would hire three former law enforcement officials to probe the Nov. 3 election in the state, including how nonprofit groups inserted themselves into the process.

“We need to have a fact basis to continue to show the public in Wisconsin that, number one, we continue to take these irregularities seriously, and that at the end of the day, the laws that we proposed are based on facts in addition to anecdotes,” Vos told the Wisconsin State Journal late last month.