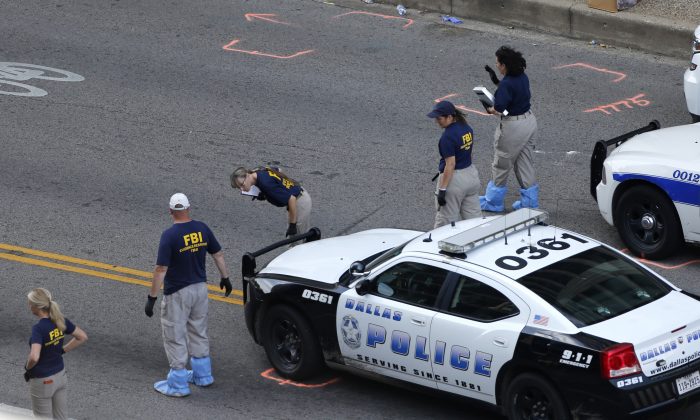 Louisiana became the first state to enact such legislation in May, allowing prosecutors to seek stronger penalties when police, firefighters and emergency medical crews are intentionally targeted because of their professions. Lawmakers in at least 13 other states and in Congress have floated similar proposals.

Such legislation has failed in four states and is pending in five others and in Congress, according to the National Conference of State Legislatures. Lawmakers in at least four other states have said they plan to introduce similar legislation but haven’t officially done so.

Steffen said his proposal is “a small, single step” that Wisconsin can take to “reinforce its commitment” to supporting and protecting law enforcement officers.

Civil rights organizations and activist groups have criticized similar bills, saying a person’s profession should not be included with race, religion and other characteristics that are protected under hate crime laws.

Chris Ahmuty, executive director of the American Civil Liberties Union of Wisconsin, said police officers and their families won’t be helped by “a heighted sense of victimization.”

“We should recognize the stress they confront, but piling on by claiming that there is a war against police, or that the law isn’t already penalizing attacks on police severely, does a disservice to everyone,” he said in an emailed statement.

In Wisconsin, people convicted of a crime can face an enhanced penalty if they targeted the victim based on their race, religion, color, disability, sexual orientation, national origin or ancestry. If deemed a hate crime, the penalty for a felony can carry an additional $5,000 fine and an additional five years in prison. The penalty increase for misdemeanors deemed hate crimes depends on the severity of the crime, possibly including additional jail time and thousands of dollars in additional fines.

Steffen’s bill, which he plans to formally introduce in January, would extend hate crime protection to law enforcement officers.

“Law enforcement isn’t just some profession. It is one upon which our quality of life largely depends,” said Jim Palmer, executive director of the Wisconsin Professional Police Association, the state’s largest police union.

Palmer said the legislation would send an important, symbolic message, but that the Legislature could do other things to better protect officers and support law enforcement, including ensuring adequate staffing and improved training. He said legislation to protect law enforcement and efforts to resolve problems between officers and their communities shouldn’t be mutually exclusive.