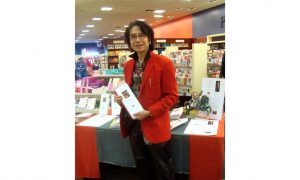 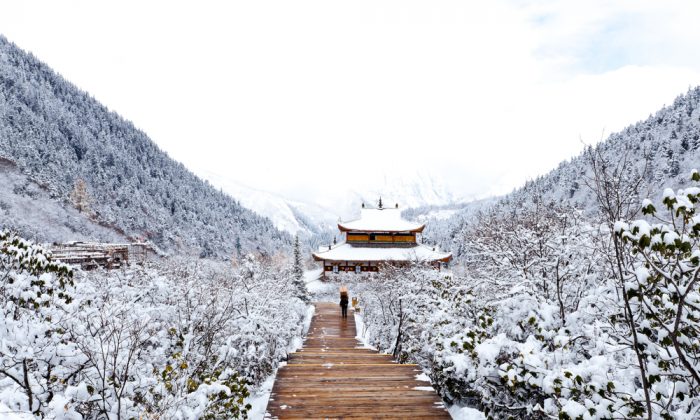 The Tang Dynasty was widely regarded as the peak of Chinese civilization. (Shutterstock*)
China

Winter Verses From the Tang Dynasty

With winter’s chill comes an overbearing stillness. Just as the whiteness of snow reduces the complexities of our world to a common state of frozen tranquility, so do the carefully selected words of ancient Chinese poets conjure expansive feelings and refined visions.

Known for its grammatical simplicity and free lexical form, perhaps none other than the minimalist style of Classical Chinese poetry is best suited for describing the mute frigidity of winter.

Some of the best-known Chinese poets lived during the Tang Dynasty (618–907). The Tang Dynasty was widely regarded as the peak of Chinese civilization. In the poets’ thousands of works, they covered many subjects and refined their methods for posterity.

“Snowy River” by Liu Zongyuan (773–819) is perhaps his most famous work. A common subject of memorization and recitation by young children, it paints at once a physical scene and an underlying mood.

Birds in flight to the end of a thousand hills,
The shadows of men fading on myriad paths.
A single boat, an old man clad in straw,
Fishing alone in freezing river-snow.

As is the case with any text composed in Classical Chinese, an exact translation lies beyond the realm of feasibility. In the original language, grammatical particles essential to English, such as prepositions and plural forms, simply do not exist. Is there one bird, or a whole flock? Do they fly to the end of the hills, or does the landscape take a more active role, swallowing them up? The answer is largely a matter of interpretation.

Liu Zongyuan himself was a civil servant who fell into disgrace with the imperial authorities because he took part in a failed reform attempt. He was exiled to remote regions in southern China, where he created most of his poetry.

Exile allowed Liu the environment needed to write in peace, but it also isolated him, as reflected in the image of the lone old man. Logically he would be catching fish, but more likely all he will find is snow. The grammar of the Chinese bars neither interpretation—illustrating hope and reality in the same stroke.

Liu Changqing (709–785) used similarly ambiguous diction in “Lodging on Furong Mountain During a Snowstorm” to create even more variability of scene and meaning.

Lodging on Furong Mountain During a Snowstorm

Liu’s contrasting scenes depict a unique, twofold perspective. Taken by themselves, the distant hills, lit blue by the sunset, suggest an undeniable vision of winter—even the warmth of the sun is capable only of tinting the land blue.

The word “simple” used to describe the hut is in fact the Chinese character for “white,” qualifying its emptiness and comparing it to the snow that lies outside but which the author needs not mention. At this moment, the perspectives of near and far are united by the common sense of frigidity and cold that has enveloped both the vast natural landscape and the human dwelling trapped within.

It is into this frozen milieu that Liu inserts the sharp images of the returning figure and the dog barking. The hound is heard, not seen, suggesting that the observer is either still some distance from home, or shivering in the bare hut awaiting the arrival of a companion. Echoing the convergence of near and far described above, host and guest are similarly weathering the winter storm.

Liu Changqing was, like Liu Zongyuan, an official who had reached a high level in the imperial exams. Though not exiled, he nevertheless suffered in political struggles and was demoted from his rightful positions.

Following up on the theme of resilience is Bai Juyi’s (772–846) “Ode to the Chrysanthemum.” Bai Juyi was, with his over 2,800 poems, one of the most prolific and cherished of the Tang poets. He is known for his accessible style that emphasizes clarity of meaning. It was said that Bai would read his drafts to his servants, and if there was any part they could not understand, he would change it immediately.

Though one of his more obscure poems, “Ode to the Chrysanthemum” is a typical example of Bai’s direct, clear writing.

Ode to the Chrysanthemum

Fresh frost on the tiles gathered softly in the night
Banana stalks break, lotus withers
The chrysanthemum alone endures the cold
With the brightness of morning it blooms in gold

The chrysanthemum is famous as one of the “Four Gentlemen,” or four varieties of plants that are honored in the Confucian tradition. The chrysanthemum, representing steadfastness and longevity, is apt subject material for this poem.

Though left out of the translation here for reasons of euphony, in the third line Bai Juyi in fact writes “chrysanthemums of the eastern hedge,” a reference to the work of another famous poet, Tao Yuanming (365–427). Tao lived in poverty but kept a joyful spirit. As described in his poem “On Drinking, No. 5,” he enjoyed picking chrysanthemums beneath the eastern hedge, gazing upon distant mountains. The flower complemented his carefree Taoist lifestyle, which stresses following the natural order of things.

*Image of a “temple” via Shutterstock