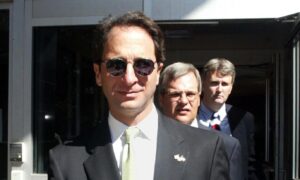 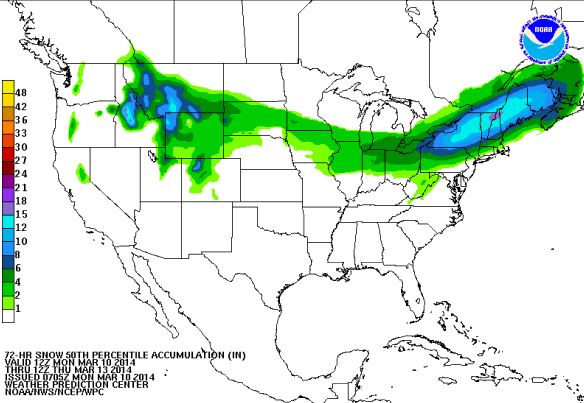 Winter Storm Vulcan will drop snow on a range of areas but that likely doesn’t include any of the big East Coast cities such as Philadelphia, New York City, and Washington D.C.

The storm will drop snow beginning Monday night on parts of the Rockies, Montana, and Wyoming.

Snow will then drop on Tuesday night into Wednesday across much of the upper Eastern United States, including Chicago, Indianapolis, and Buffalo. Other cities expected to get hit include Peoria, Ill; Rapid City, Iowa; and Sioux Falls, SD. More than three inches is projected to drop.

Snow is expected to continue to fall on Thursday across the upper United States, while some areas such as the aforementioned cities will probably only get freezing rain.

Along with that rain on Wednesday night, “which will probably feel like just about the worst thing imaginable if you happen to be caught outside late Wednesday night,” winds could be sustained up to 50 miles per hour near the coast, reported meteorologist Eric Holthaus.

It remains possible that the big cities on the coast get two inches or so of snow on Wednesday evening as the storm moves out.

While temperatures will drop through the middle of the week, dipping into the teens on Thursday morning from Washington D.C. to Boston, they should be back in the 50s by the weekend.