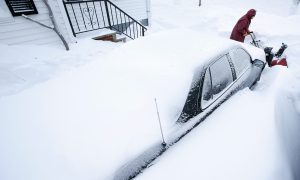 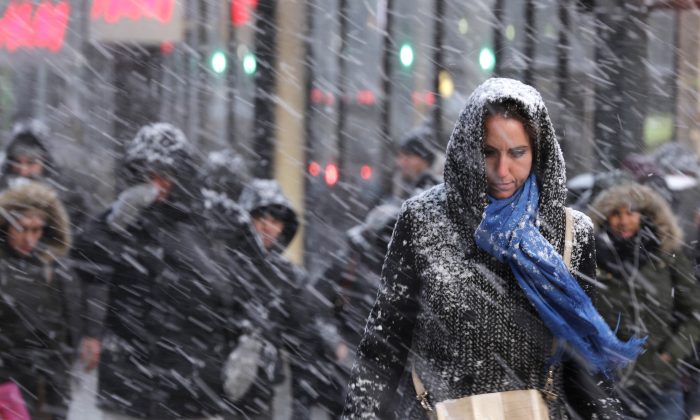 Here’s a few updates on Winter Storm Neptune, which will hit the northeast U.S. on Friday, but the impact will be felt on Saturday and Sunday.

New England, including hard-hit Boston, will get slammed by the blizzard, says Accuweather.com.

“A storm passing through the Northeast riding a tidal wave of frigid air will evolve into a blizzard over New England before departing during the Valentine’s Day weekend,” the site says. “The worst of the storm will target the central and northern New England coast Saturday night into Sunday with wind-driven snow.”

Once mature, #blizzard cyclonic circulation will be massive … on par with Sandy’s hybrid structure size pic.twitter.com/z3ecfbrc5w

Here is our current snowfall forecast for the weekend storm, & experimental % of greater than 2 in, 4 in, & 6 in. pic.twitter.com/Axu7Z0SXzl

Meanwhile, the “major cities in the path of the burst of snow that can cross hundreds of miles include Cleveland, Buffalo, Pittsburgh, Philadelphia, Baltimore, New York City, Washington, D.C., and Richmond, Virginia,” says Accuweather.

The Weather Channel urged northeast residents to “prepare now” for the storm, which it dubbed Winter Storm Neptune. “Areas far removed from the center of the storm in the mid-Atlantic can experience life-threatening cold, the risk of power outages from high winds, and the possibility of road closures and flight cancellations,” it said.

“The Weather Channel has named Winter Storm Neptune, a winter storm forecast to deliver blizzard conditions to parts of New England still struggling to recover from a series of major snowstorms virtually unprecedented in modern times,” says the site.

“The National Weather Service has already issued blizzard watches for the entire east coast of New England, stretching from Cape Cod in southeast Massachusetts through the Boston area, the Seacoast region of New Hampshire, and the entire coast of Maine as well as areas as far inland as Bangor.”