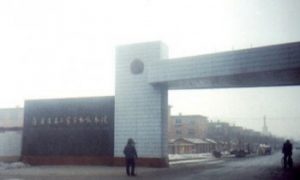 By Alex Johnston
Print
Tyler and Cameron Winklevoss, the twin brothers who engaged in a famed legal battle with Facebook founder Mark Zuckerberg over the monolithic social networking site, lost their appeal to alter a settlement on Monday, media reports say.

The battle between the twins and Zuckerberg was dramatized on the silver screen in 2010’s smash hit The Social Network. The two, as well as fellow Harvard University classmate Divya Narendra, alleged that Zuckerberg stole their idea for Facebook.

The two made an appeal to a U.S. appeals court in San Francisco, trying to take back a settlement in 2008 they had received from the Facebook founder.

According to U.K.’s The Guardian newspaper, the two must accept a $65 million settlement that was made out to them in 2008. However, the Winklevosses say they deserved more and alleged Facebook concealed key information during settlement talks.

After the settlement was completed, the twins and Narendra wanted to back out, saying that Facebook inaccurately represented its stock, reported CNN.

“The Winklevosses are not the first parties bested by a competitor who then seek to gain through litigation what they were unable to achieve in the marketplace,” U.S. Circuit Court of Appeals Chief Judge Alex Kozinski wrote, according to The Guardian.

The trio first filed suit against Zuckerberg in 2004 but as Kozinski wrote in the unanimous opinion, “At some point, litigation must come to an end. That point has now been reached,” according to Reuters.