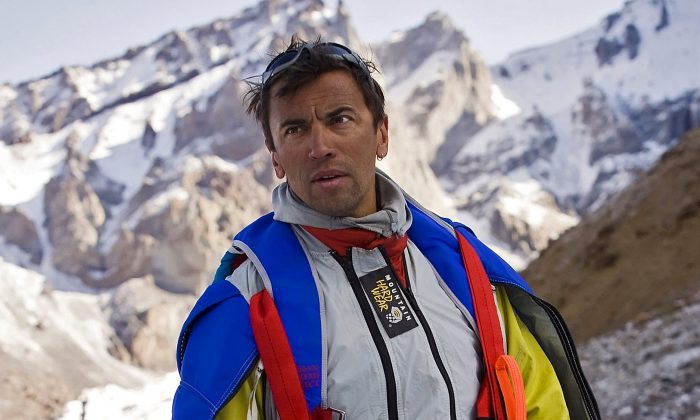 Valery Rozov spent his life pushing the boundaries of what most would consider the unsafe and the insane.

The Russian daredevil made a career of climbing the most difficult mountains—and jumping off.

Wearing a wingsuit—a special webbed garment connecting the arms and legs to the body for greater surface area—Rostov would glide through the air for a minute or two before opening a parachute and floating down to land at an altitude still higher than most mountaineers would ever reach.

However, on Saturday, Nov. 11, Rozov made his final flight.

The 52-year-old daredevil crashed while jumping off Mount Ama-Dablam in eastern Nepal, from a height of 22,349 feet. According to members of his group, Rozov crashed into the side of the mountain.

Red Bull, who had sponsored Rozov since 2004, called him “the limitless man.” Red Bull posted the following tribute on their website:

“Valery will always remain in our memory: strong in spirit, professional, modest, full of energy, an eternal dreamer who was forever burning with new ideas and projects.”

Rozov was a pioneer of extreme BASE-jumping—a sport already considered extreme to begin with. BASE jumping—the acronym stands for building, antenna, span, and Earth—usually involves making parachute jumps from extremely low altitudes, like off a skyscraper or a bridge.

Instead, Rozov would jump a few thousand feet off a mountain such as Kilimanjaro or Everest.

Rozov was five-sevenths of the way through his “Seven Summits” quest—to BASE-jump from the highest peak on each of the seven continents—which he began in 2009.

He also made a short side trip to Mutnovsky Volcano on Russia’s Kamchatka Peninsula to become the first person to jump into the cone of a volcano.

He also found time to climb Mt. Everest and make the world-record highest BASE jump from 23,688 feet.

Not satisfied, in 2016 he climbed Mount Cho Oyu on the Chinese/Nepalese border—itself a 21-day expedition—to set a new record for the highest jump.

“We express our deepest condolences to Valery’s wife and sons, whom he loved and valued very much,” the Red Bull tribute reads.

If you enjoyed this article, your friends probably would too! Please share it with them!