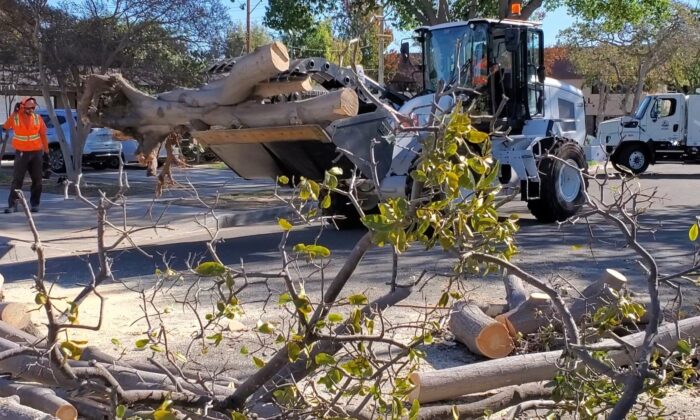 Santa Ana responded to hundreds of calls regarding torn down trees after high winds hit Orange County on Nov. 29, 2021. (Courtesy of the City of Santa Ana)
Southern California

Santa Ana Responds to Over 340 Calls After Windstorm

The city’s public works department received over 340 calls regarding 25 fallen trees, over 80 tree limbs, and tree brush throughout the city.

The central and eastern part of the city was hit the hardest with wind speed up to 35 mph and gusts hitting over 60 mph.

As of Nov. 29, Santa Ana is still clearing debris from the streets and sidewalks.

Clearing fallen trees stuck on cars and structures is being prioritized and being temporarily stacked on parkways, according to the city.

Residents can expect the city to be fully cleared in two weeks, according to the city.