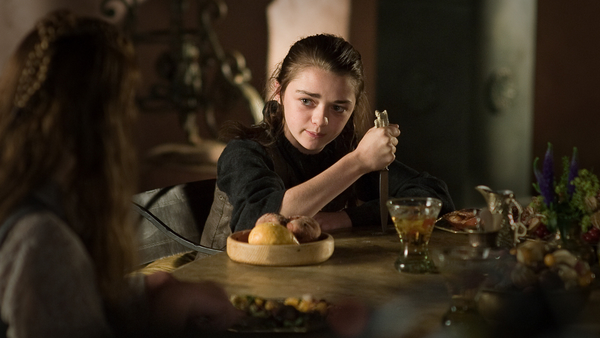 Winds of Winter Spoilers: Publisher Forced to Consider Earlier Release Date as GoT Catches Up With Books

The release date for The Winds of Winter, the upcoming addition to the “A Song of Fire and Ice” series from George R.R. Martin, may be moved up because the Game of Thrones television show based on the series is quickly catching up to the books.

The co-creators of the show went down to New Mexico last year sometime to sit down with Martin and talk through where things are going.

“We don’t know if we are going to catch up and where exactly that would be,” co-creator David Denioff told Vanity Fair. “If you know the ending, then you can lay the groundwork for it. And so we want to know how everything ends. We want to be able to set things up. So we just sat down with him and literally went through every character.”

Martin admitted that some of the details aren’t even there yet, perhaps setting up a problematic situation where the series advances past the books.

“I can give them the broad strokes of what I intend to write, but the details aren’t there yet,” Martin said. “I’m hopeful that I can not let them catch up with me.”

The fact that there are so many child actors in the cast of the show–such as Maisie Williams as Arya Stark–increases the pressure.

This is a serious concern,” Martin said. “Maisie was the same age as Arya when it started, but now Maisie is a young woman and Arya is still 11. Time is passing very slowly in the books and very fast in real life.”

On the other hand, show co-creator D. B. Weiss said that the show will end at some point, likely after seven or eight seasons. “It doesn’t just keep on going because it can,” Weiss says. “I think the desire to milk more out of it is what would eventually kill it, if we gave in to that.”

The way the show is catching, although the UK publisher Jane Johnson said that the book will not be released this year, making a 2015 the earliest release date possible.

Check out a preview paragraph from The Winds of Winter, per E! News, from an exclusive chapter featuring Tyrion Lannister below:

“Somewhere off in the far distance, a dying man was screaming for his mother. ‘To horse!’ a man was yelling in Ghiscari, in the next camp to the north of the Second Sons. ‘To horse! To horse!’ High and shrill, his voice carried a long way in the morning air, far beyond his own encampment. Tyrion knew just enough Ghiscari to understand the words, but the fear in his voice would have been plain in any tongue. I know how he feels.”

Martin has also released excerpts from the book before, such as this one.